The United States was recognized by Tripoli in 1796. The Tripolitan government formally recognized U.S. independence by signing a peace treaty in Tripoli on November 4, 1796. Subsequently, a treaty between the United States and Tripoli was concluded on June 10, 1805. James Leander assumed his duties as U.S. Consul on April 15, 1799 after Pasha of Tripoli Yusuf Karamanli formally accepted his credentials and stated his acceptance in a letter to U.S. President John Adams.


The United States supported the UN resolution providing for Libyan independence in 1951 and accordingly raised the status of its office in Tripoli from a consulate general to a legation. Libya subsequently opened a mission in Washington, DC in 1954. Both countries raised their missions to the embassy level and exchanged ambassadors.

The United States appointed John L. Tappin as ambassador and presented his credentials on November 16, 1954. Libya appointed Saddigh Almuntasir as Libya’s first ambassador and presented his credentials to President Eisenhower in 1955. Oil was discovered in Libya in 1959. The United States continued generally warm relations with Libya and pursued policies centered on U.S. oil interests.


U.S.-Libyan relations became increasingly strained during the regime of Muammar Gaddafi. The regime removed U.S. oil companies by nationalizing the oil industry, forming the NOC. In 1972, the United States recalled its ambassador, and U.S. embassy staff members were withdrawn from Tripoli in December 1979.

After almost two decades of tension and severing diplomatic relations between Libya and the United States, the two countries restarted the process of normalizing bilateral relations. U.S. diplomatic personnel reopened the U.S. interest section in Tripoli on February 8, 2004. The mission was upgraded to a U.S. liaison office on June 28 of the same year, and designated as a full embassy on May 31, 2006. Libya re-established its diplomatic presence in Washington with the opening of an interest section on July 8, 2004, which was subsequently upgraded to a liaison office in December 2004 and made into a full embassy on May 31, 2006.


Relations were again severely strained by the outbreak of the 2011 Libyan Revolution on March 17, 2011. The United States relaunched its relations with Libya’s new authorities on July 2011 by formally recognizing Libya’s National Transitional Council as Libya's sole legitimate authority, and it reaccredited Mr. Aujali as Libya's ambassador on August 15, 2011. In turn, J. Christopher Stevens was designated as the U.S. ambassador to Libya in May 2012.

On September 11, 2012, following the attack on the U.S. consulate in Benghazi, which killed four Americans including Ambassador J. Christopher Stevens, Libyan-U.S. relations witnessed a new stage.

Mrs. Wafa Bughaighis was appointed as ambassador of the State of Libya to the United States in November 2017. She served as the chargé d'affaires from 2015 to 2017. U.S. Ambassador to Libya Richard Norland assumed his duties in August 2019. 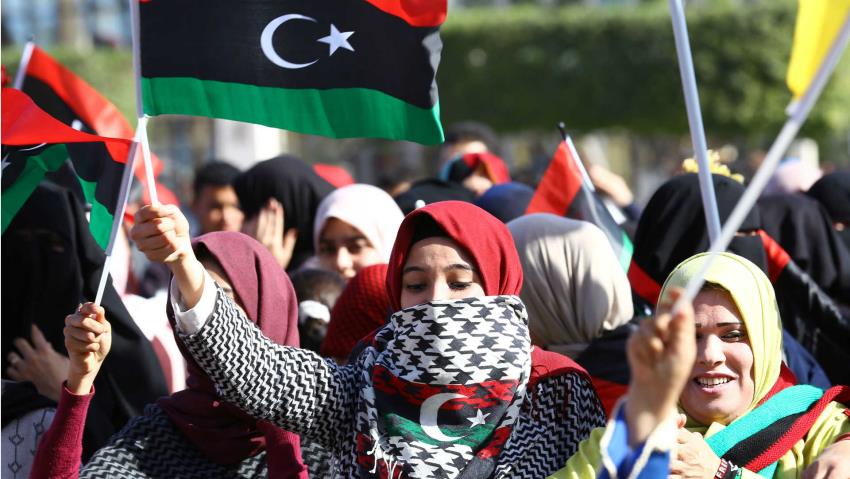 During the “Arab Spring” in 2011, the Libyan people rose up against Gaddafi to which he responded with brutal force against his own people. The U.S. quickly severed relations with his government. A coalition of military forces, led by the United States, expressed deep concern over the welfare of Libya’s civilians and intervened in the civil war with an air campaign; after which the U.S. announced it was providing over $80 million in humanitarian assistance.

By August 2011, anti-Gaddafi forces captured Tripoli, and in October, Gaddafi was captured near Sirte and killed.

However unrest in the nation continues, directly impacting the U.S. Libyan relationship, with the assassination of Ambassador Chris Stevens during a terrorist attack on the American mission in Benghazi on September 11, 2012.

The U.S. has suspended embassy operations in Tripoli and relocated to Tunisia.