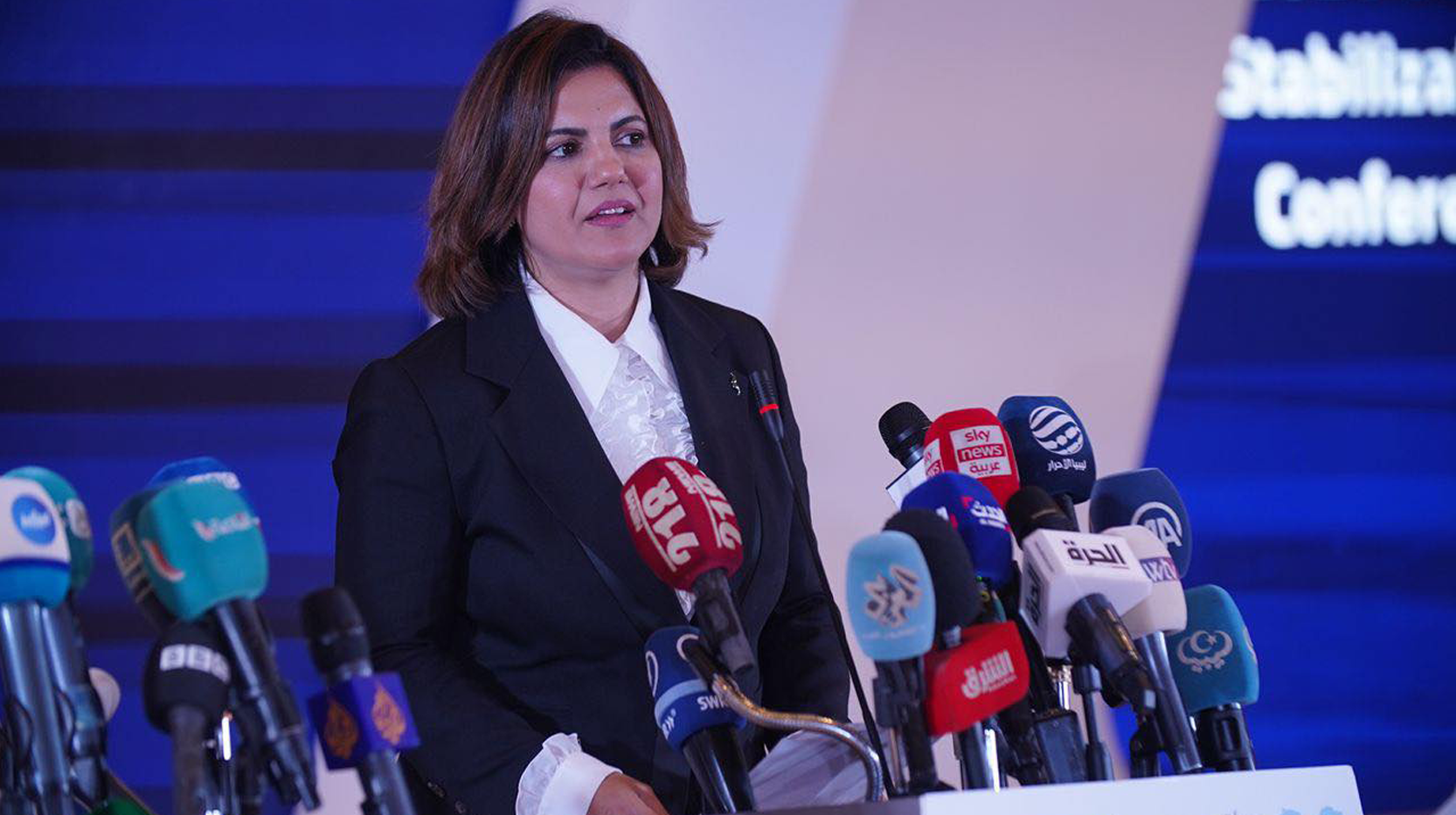 In a series of interviews with Al Arabiya (October 22) and Sky News (October 23), Libyan Foreign Minister Najla Mangoush praised the efforts and results of the recent “Libya Stabilization Conference,” which took place in Tripoli on 21 October 2021. With the attendance of various countries present on either side of the Libyan issue, Minister Mangoush stated that participation by these countries is an important step toward Libyan stability and will have positive effects on efforts toward stability going forward. Moreover, she noted that the recent conference was evidence of Libya’s ongoing recovery, successfully taking off despite doubts from certain parties.

In regards to the United States, Mangoush pointed to the positive role that the Biden Administration has played in supporting Libya’s upcoming elections. Also, Mangoush mentioned the crucial role of the Gulf states in supporting Libyan efforts toward stability, especially participation by the State of Kuwait in the recent conference.

In addition to this, Minister Mangoush called upon Libyan citizens to take over the reins of the discussion, stating that Libyans themselves have to take responsibility as well for the events of the past ten years in order to move forward.

As for ongoing foreign interference, Mangoush highlighted the importance of the departure of foreign mercenaries, with an already twenty percent withdrawal pointing to a sign of good faith. Moreover, she insisted that without a clear strategy for exit, the presence of foreign mercenaries can be an obstacle to the upcoming presidential and parliamentary elections. Therefore, she reiterated the GNU’s strategy to conduct gradual and simultaneous withdrawals of mercenary groups across the country, cautiously stating that Libya must take into account the lessons from foreign withdrawal in Afghanistan. With this in mind, Minister Mangoush stated the need to protect Libya’s borders, as there are many who benefit from chaos in the country - especially those who deal in drugs and human trafficking.

Pertaining to Libya’s upcoming elections, Mangoush stressed the need for the presence of more women in positions of government, reiterating the government’s support of the upcoming presidential and parliamentary elections. With the Libyan Joint Military Commission 5+5 gathering East and West, the GNU is developing a security plan in order to create safety for voters and uphold the integrity of the elections. In turn, the minister expressed her hope for increased peace and stability after elections, as the majority of Libyans desire a peaceful and stable nation.