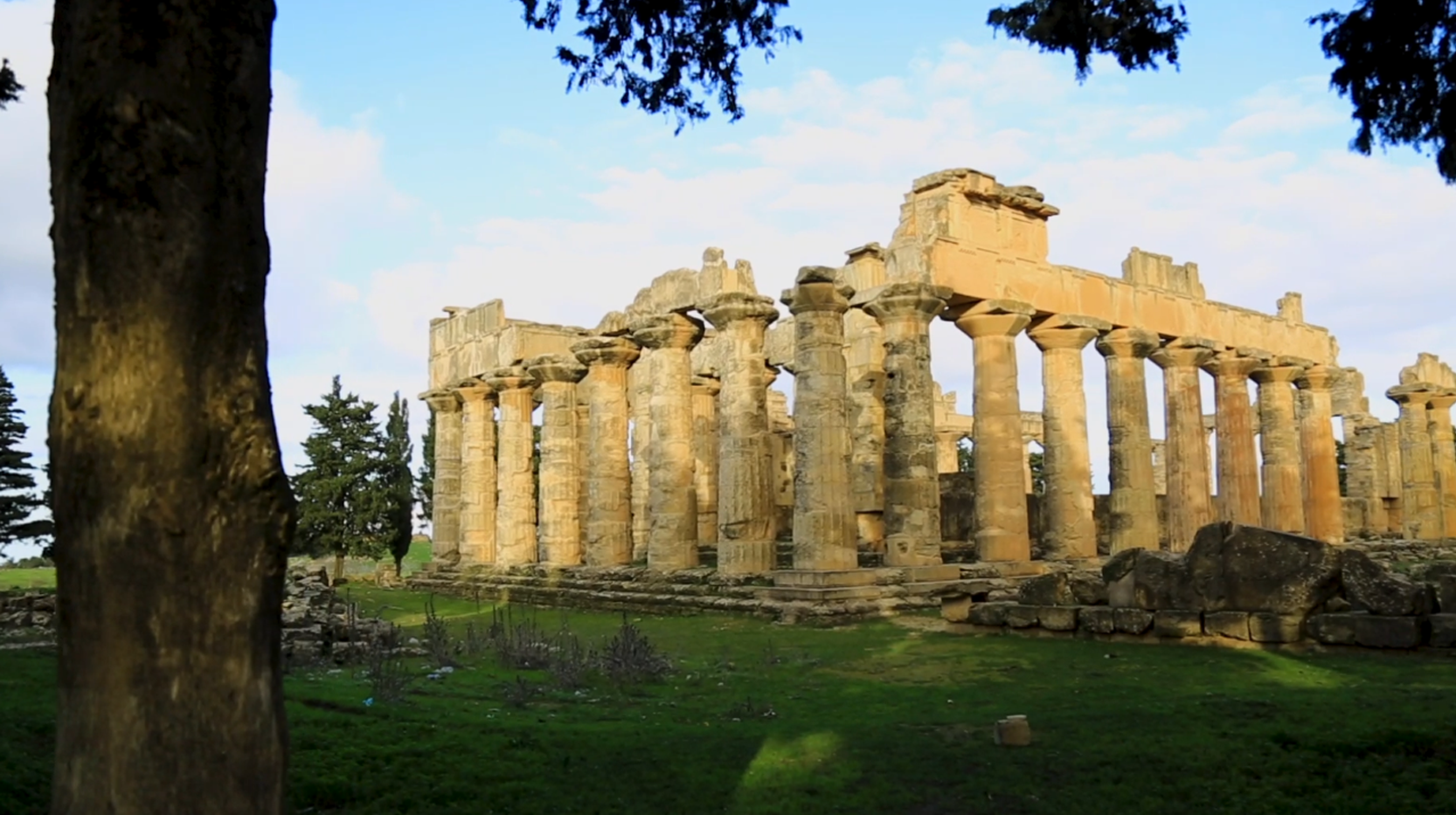 Set back from the Meditteranean shore in the foothills of the al-Jabal al-Akhdar region, the ancient city of Cyrene is an integral part of Libya’s long and multiethnic history and was a confluence of European and North African culture and trade. Located today in Shahhat in eastern Libya, Cyrene was founded in 631 BC by a group of emigrants from the Greek island of Thera located in the Aegean Sea. Battus, their first king, founded the dynasty of the Battiads, which ruled Cyrene for eight generations (until 440 BC). Under the rule of the Battiads, the city prospered economically and expanded to include several ports known today as Marsa Susah, al-Marj, and Benghazi.

Increased prosperity over the years brought with it an influx of Greek colonists, which created tension between the native Libyans and the foreign Greek Cyrenes, ultimately breaking down their relations. With such dissention, a short-lived attempt to unify both Greeks and Libyans under a new constitution ultimately failed, allowing a Persian invasion to take advantage of the disputing factions.

Following this short invasion, the republic that followed was mostly politically undistinguished. However, upon the rise of Ptolemaic Egypt in 323 BC, Cyrene became one of the most intellectually influential centers of the classical world. Boasting a medical school and hosting great philosophers, eventually the Romans gained interest in Cyrene, subsequently coming under their rule in 96 BC. In 67 BC the province of Cyrenaica was conjoined with Crete, making Cyrene the local capital.

Two centuries of relative peace and prosperity took place in Cyrene under Roman rule, broken by a revolt in 115 AD by Cyrene Jews, and ultimately resulted in a steady decline of the city. Undergoing a significant earthquake in 365 AD, this only added to Cyrene’s ongoing decline. The Arab conquest of 642 AD solidified the city’s demise, leaving the city in the ruins that can be found to this day.

Today, Cyrene is now known by the town of Shahhat in al-Jabal al-Akhdar, which is eight miles southwest of Marsa Susah. So far, three main portions of the ancient city have been excavated: the spring and sanctuary of Apollo, where the Venus of Cyrene and a colossal statue of Apollo were found - this was the original site of Greek settlement in Cyrene. An addition part consists of the upper city, which is the site of a forum and basilica modelled after Alexandria’s Kaisareion, and a large second-century house with fine mosaics Finally, the center of the Roman town is the last major excavation site, which stands a large Doric column marking the temple of Zeus, a building from the late sixth century BC.

For a virtual tour of Libya’s ancient city of Cyrene and its ruins, click here.