Libya is known for its rich culture and contains some of the world’s most well-preserved ruins from ancient civilizations.

Libya is an oil-rich country located in north Africa; it is bordered by the Mediterranean Sea to the north and it shares borders with Egypt to the east, Tunisia and Algeria to the west, and Niger, Chad, and Sudan to the south. The country is known for its culture and history and contains some of the world’s most well-preserved ruins from ancient civilizations.

Libya has two major climate systems. In the south, the climate is hot and dry, characteristic of Sahara Desert. However, in the north, the Mediterranean Sea creates a milder climate.

The Phoenicians were the first to establish trading posts in Libya where Phoenicians from Tyre, Lebanon established commercial relations and treaties with Libya's early inhabitants. In 630 B.C., the ancient Greeks colonized eastern Libya and founded the city of Cyrene. Within 200 years, four more important Greek cities were established, and Cyrene became one of the greatest intellectual and artistic centers of ancient Libya. It was also famous for its medical and philosophical schools and architecture.

The Romans ruled over what is now Libya from 146 BCE to the seventh century CE, starting with the fall of Carthage and lasting until the Muslim Arabs conquered it. Tripolitania and Cyrenaica were part of a cosmopolitan state whereby its citizens shared a common language, legal system, and Roman identity. Roman ruins like Leptis Magna and Sabratha attest to the vitality and greatness of this region.

Islamic rule started as early 642 when armies under the command of Amr ibn al-A'as conquered what was then Cyrenaica. During the Islamic civilization, the predominant religion in Libya became the Islamic faith and the official language became Arabic. The Berber languages are also spoken in various parts of the country. The Muslim empire, with its rich contributions to human civilization in the arts and sciences, added another rich dimension to Libya’s identity.

During the 16th century, Libya became part of the Ottoman Empire until the Italian occupation of the country in 1911.

From 1911 until 1951, Libya was under the rule of first the Italians then the Allied powers of World War II. In 1951, Libya declared its independence.

Despite the long and distinct rich Libyan history which was influenced to various degrees by the many diverse empires, including the Phoenicians, Carthaginians, Persians, Greek, Romans, Spaniards, Vandals, Byzantines, the Muslims and Ottomans, modern Libya is an emerging country that continues to develop its national consciousness, identity, and institutions.

Libya is committed to working with friends and allies as a partner for peace and security and to promote progress and prosperity with its neighbors and in the broader region.

The United States has strong diplomatic relations with Libya and supports Libya’s transition to democracy. Click here for more information on U.S.-Libyan relations. 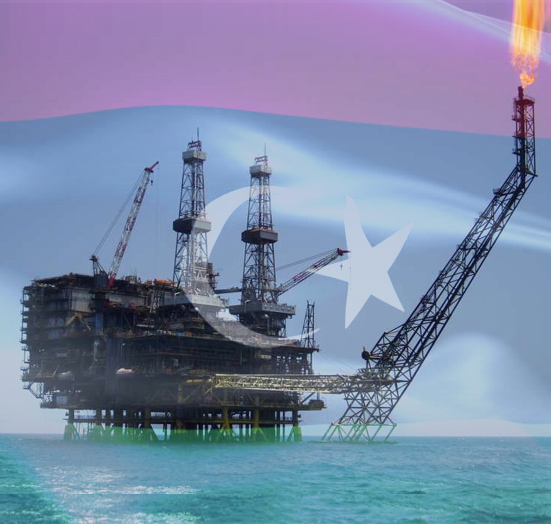 Libya joined OPEC in 1962 and, apart from petroleum, Libya’s other natural resources are natural gas and gypsum. The sale of crude oil has given Libya one of the highest nominal per capita GDPs in Africa. The Libyan economy depends primarily on the oil sector, which represents about 69 percent of export earnings. Oil reserves in Libya are the largest in Africa and among the ten largest globally, with an estimated 46.4 billion barrels. Moreover, the oil and gas sector accounts for about 60 percent of Libya's total GDP. However, Libya’s sales of oil and natural gas collapsed during the 2011 revolution, rebounded in 2012 and 2013, and fell again in late 2013 and throughout 2014 due to unrest at Libyan oil ports. Oil production jumped again toward the end of 2019 to reach its normal level of 1.3 million barrels per day.

Despite the lengthy conflict in Libya with its heavy toll on the Libyan economy and the wellbeing of the population, many experts still believe that once conditions improve, Libya has an immense potential to develop its untapped resources and to become once again a prosperous country.

At the beginning of 2019, the World Bank Group announced a new strategy of support for Libya focused on restoring key services to Libyan citizens and promoting economic recovery as a critical contribution to the ongoing peace process.

One of the main goals of this strategy is to accelerate economic recovery by helping build the capacity of the government to manage public funds, while developing the private and financial sectors, the second part of this strategy aims to promote transparency, accountability and inclusion in the government decision-making and service delivery.