I would like to welcome you to the official website of the Embassy of the State of Libya in the United States. I hope it will be a resource where you will find information pertaining to the Embassy, updates on Libyan-U.S. relations, and services for Libyan citizens and non-Libyan nationals wishing to travel to Libya.

The Embassy’s mission is to reaffirm Libyan-U.S. relations in order to contribute to Libya’s stability and tap into its enormous and rich resources. Libya is a country with great potential, and its partnership with the United States is of the utmost significance. By strengthening Libya's relations with the United States, we at the Embassy hope to facilitate sustained dialogue between the two nations. Furthermore, the Embassy aims to serve the Libyan community residing in the United States through its Consular Section and Cultural and Academic Section.

Our various offices are designed to bolster the Embassy's mission and vision. The Embassy’s Political Section supports bilateral relations between Libya and the United States. Our Consular Section is committed to serving the Libyan community residing in the United States: it provides visas, processes legal and business documents, and addresses personal and family matters pertaining to Libyan citizens. Our Cultural and Academic Section strives to foster mutual understanding between Libya and the United States through academic and cultural exchange.

I hope that you find this website useful and informative. Thank you once again for visiting the Embassy of Libya’s website. For further inquiries, please contact us.

Sincerely,
Wafa Bughaighis
Ambassador to the United States of America 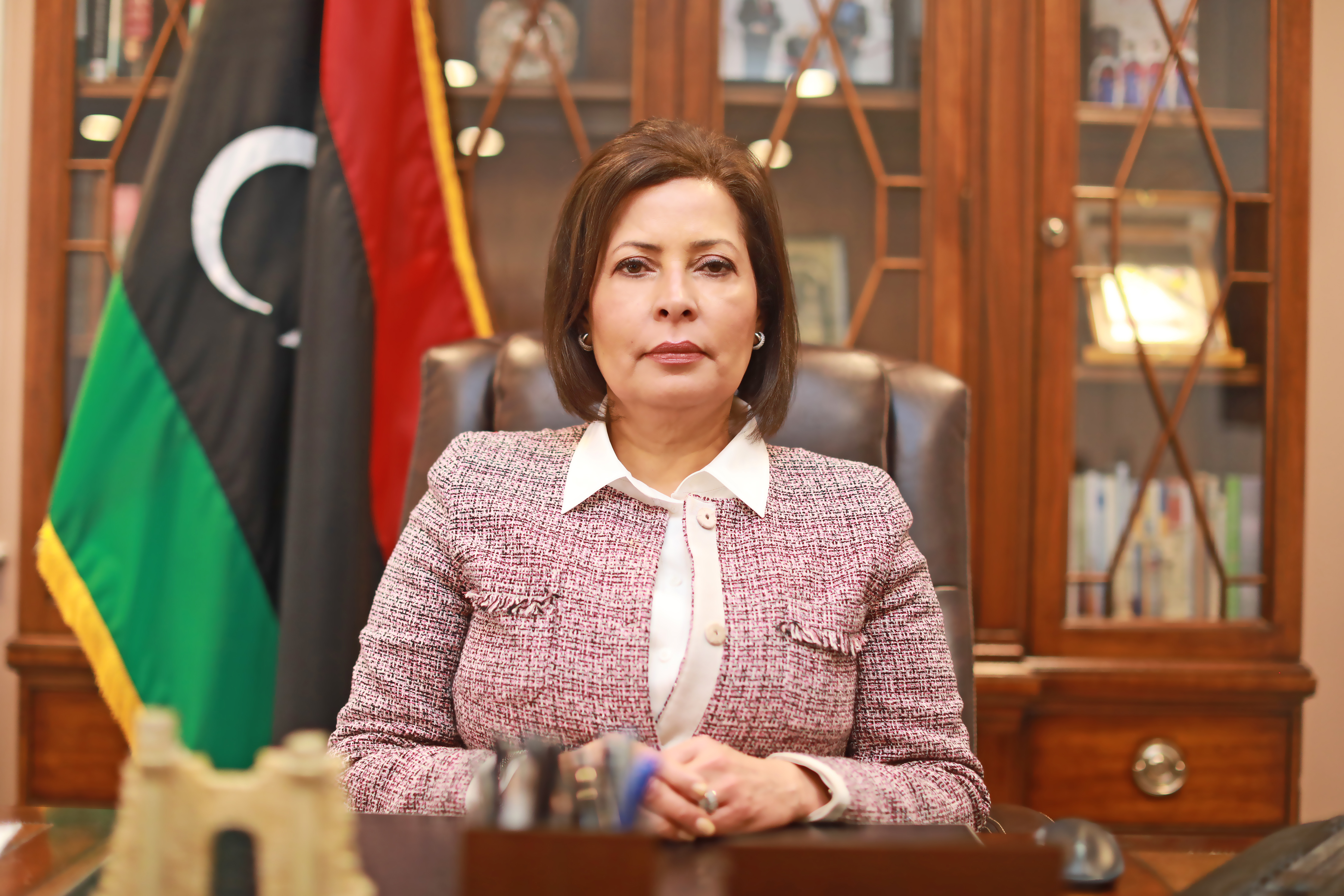 Wafa Bughaighis was appointed Ambassador of the State of Libya to the United States in November 2017. She served as Chargé d'Affaires from 2015 to 2017. Prior to her appointment to Washington, Ambassador Bughaighis was the Assistant Deputy Minister for Political Affairs in the Libyan Ministry of Foreign Affairs and International Cooperation between 2013 and 2014. She was then designated as acting Foreign Minister in the Libyan Ministry of Foreign Affairs in 2014. Ambassador Bughaighis has a distinguished career in education and served as the director of the International Bureau of the Ministry of Education in Libya from 2011 to 2013. Furthermore, in 2011, Ambassador Bughaighis co-founded and chaired the UN-recognized Commission to Support Women’s Participation in Decision Making.

Ambassador Bughaighis has been a member of the Wilson Center’s Global Women’s Leadership Initiative in Washington, DC since 2012.

Previously, Ambassador Bughaighis began her working career as a process engineer at the Arabian Gulf Oil Company in Benghazi and continued to work in the field for over 14 years. She initially embarked on a journey to specialize in nuclear engineering, but due to the U.S. ban on Libyan students pursuing this field in the 1980s, Ambassador Bughaighis changed her specialization to chemical engineering and earned a Bachelor of Science from the Catholic University of America in Washington, DC.

Ambassador Bughaighis is fluent in both Arabic and English, and is proficient in German. She is married and has two daughters and a son.

During the revolution, Ambassador Bughaighis cofounded and chaired the nonprofit organization Commission in Benghazi to Support Women's Participation in Decision Making. Ambassador Bughaighis was also active in volunteering at local hospitals in Benghazi and continued her efforts to strengthen education by joining the Local Council Office for Education during the revolution.

Ambassador Bughaighis holds a Bachelor of Science degree in chemical engineering from the Catholic University of America and completed non-degree graduate studies in management and international relations at George Washington University. Ambassador Bughaighis is fluent in Arabic and English and proficient in German.

“The Challenges of Combating ISIS in Libya,” Middle East Institute, 20 May 2016, READ MORE