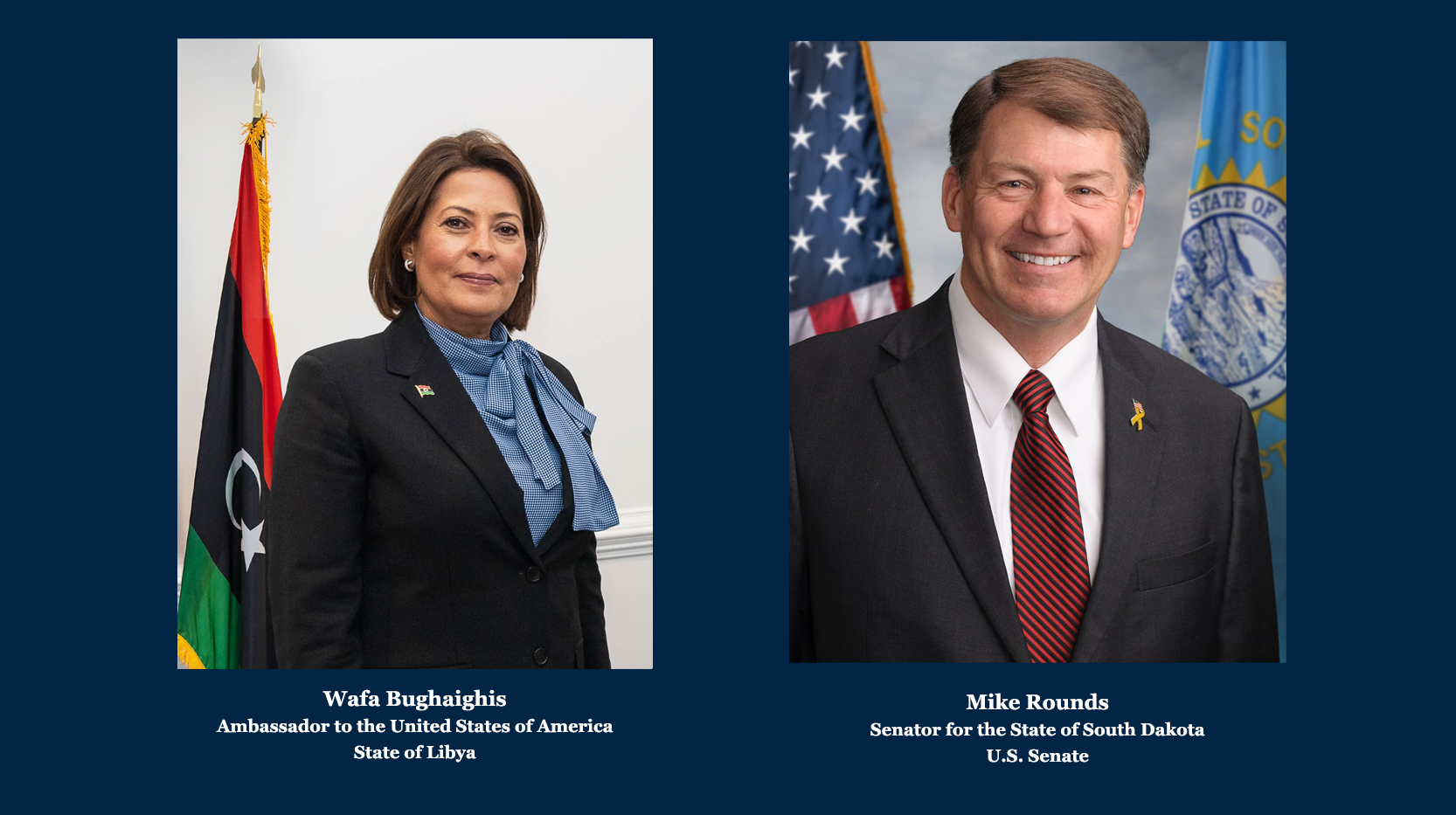 In a constructive meeting between Ambassador Bughaighis and Senator Mike Rounds of South Dakota, ranking member of the Subcommittee on Africa and Global Health Policy, the ambassador provided the senator with updates on Libya’s economic, political, and security tracks, highlighting the nation’s positive push toward unification under the Government of National Unity. Additionally, Ambassador Bughaighis noted challenges that Libya still faces, such as effects of the COVID-19 pandemic and distribution of vaccines to the most vulnerable.

Moreover, Ambassador Bughaighis noted the need for greater U.S. engagement in support of Libyan stability, such as the importance of establishing a diplomatic presence in the country via the return of the U.S. Embassy and further messages of support for the ousting of foreign mercenaries who have played a negative role in Libya.

In turn, Senator Rounds affirmed the need for the U.S. government to take Ambassador Bughaighis’ message seriously, pointing to efforts by the Libyan people to restore unity via the LPDF and the ceasefire agreement. The senator concluded the meeting by thanking the ambassador for supplying updates and addressing the challenges ahead for Libya.