Launch of Security Dialogue between Libya and the United States 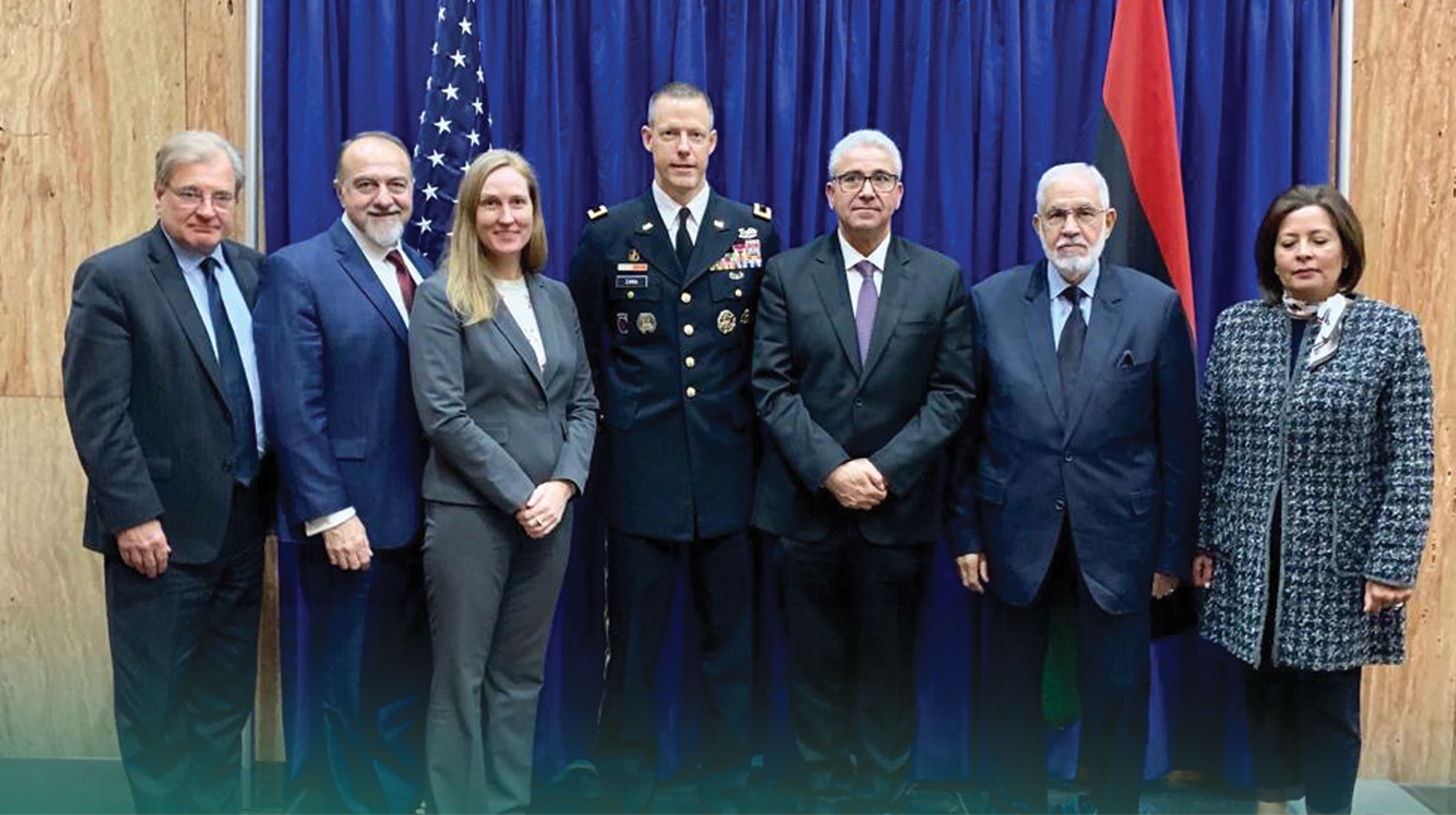 On November 13, 2019, the U.S. government and the Libyan Government of National Accord, represented by Foreign Minister Mohamed Syala and Minister of Interior Fathi Bashaagha, launched a U.S.-Libyan security dialogue in Washington, D.C. This will facilitate further cooperation between the two countries in order to prevent undue foreign interference, reinforce legitimate state authority, and address the issues underlying the conflict in Libya. The Government of National Accord’s delegation expressed grave concerns regarding the security situation and its impact on the civilian population. The U.S. delegation was comprised of officials from the U.S. Department of State, Department of Defense, Department of Homeland Security and the U.S. Agency for International Development (USAID).