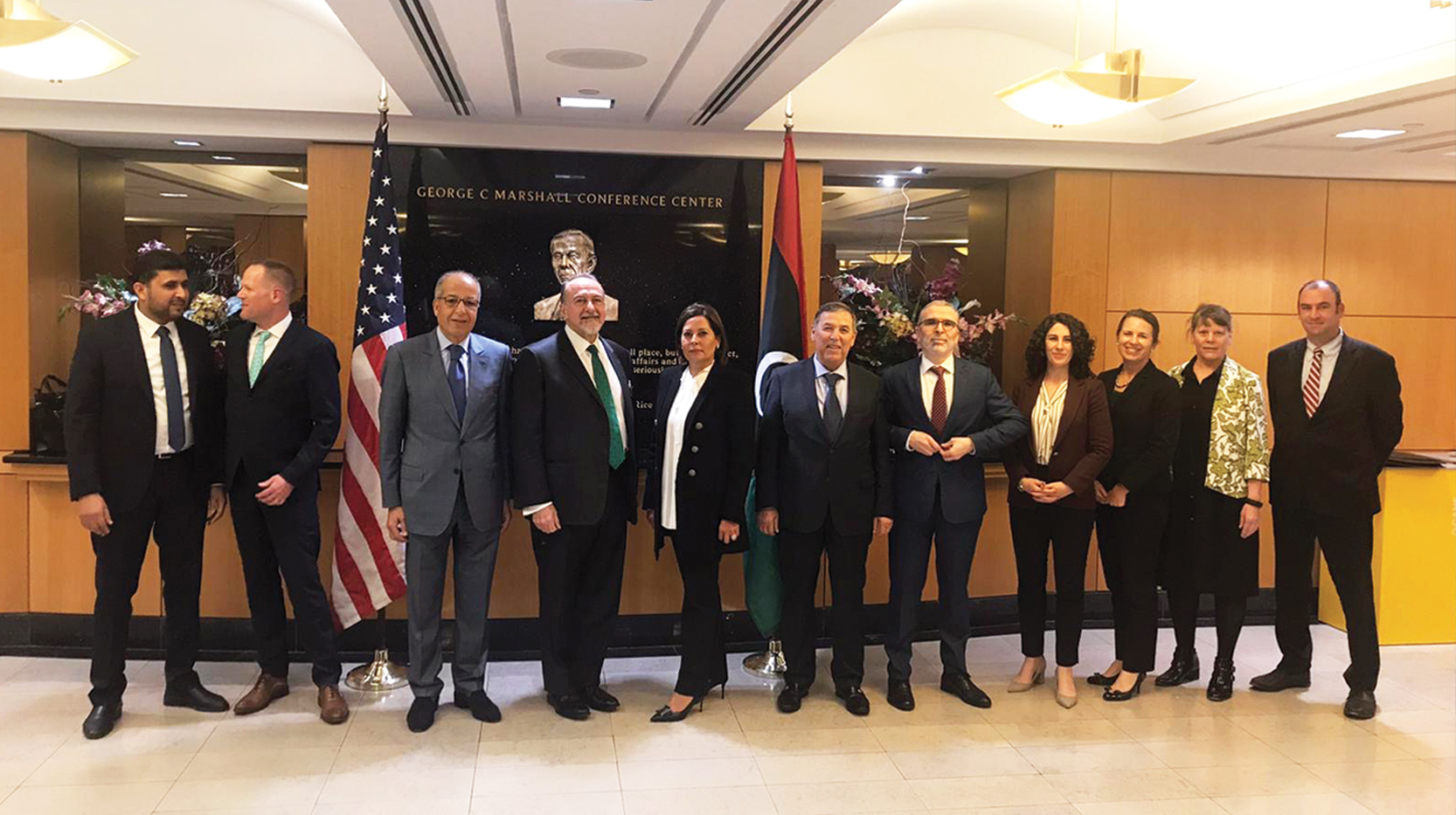 On October 14, 2019, the Libyan Government Economic Institutions met with several U.S. officials in Washington, D.C. to discuss ad­vancing economic reforms and ad­dressing Libya's challenges. This is part of an ongoing dialogue on which U.S. and Libyan officials coordinate regular­ly. Senior officials from the the U.S. Departments of State, Energy and Treasury and the National Security Council met with their Libyan counterparts to review best practic­es in enhancing the Libyan public's confidence in the transparency and sound governance of Libyan economic institutions. In addition to this, U.S. and Libyan officials discussed Libya's ability to over­come the challenges impeding economic growth along with subsidy reforms and continued investment in the energy sector. This process remains a pillar of Lib­ya's diplomatic engagement with the United States, with the next technical meeting set to be in Tunis, Tunisia.