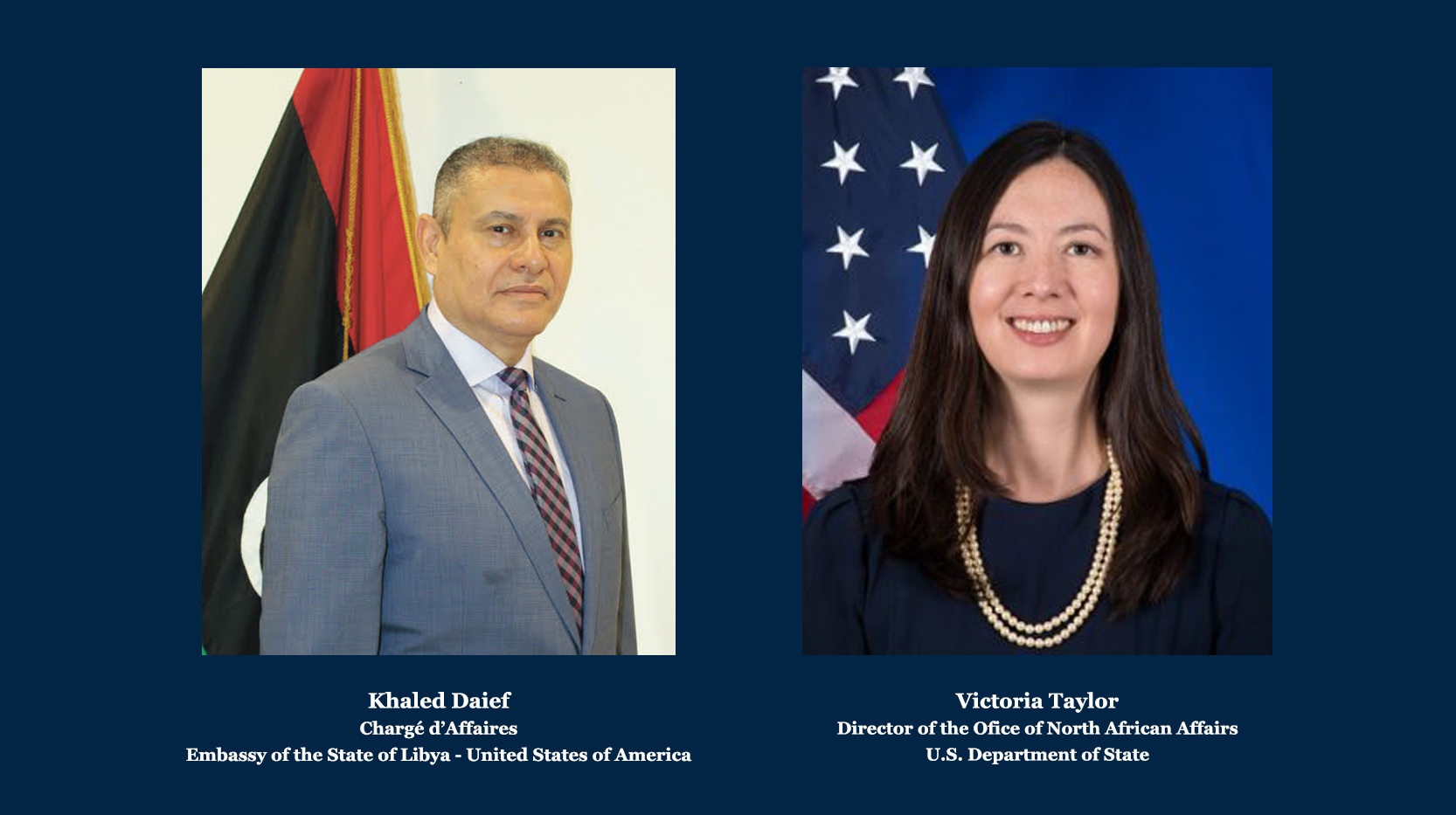 On 30 September 2021, Chargé d’Affaires Khaled Daief met with Director of the Office of North African Affairs Victoria Taylor from the U.S. Department of State. In their meeting, Mr. Daief updated Ms. Taylor on the transition in the Embassy, thanking her and the State Department for their continued support during this time. In addition to this, Mr. Daief extended his gratitude for the Administration’s support toward Libya’s upcoming presidential and parliamentary elections, which are scheduled for 24 December 2021.

Furthermore, Mr. Daief expressed his appreciation for the continued role of the United States in helping to secure stability in Libya, such as advocating for the removal of foreign mercenaries, passing the Libya Stabilization Act in the U.S. House of Representatives, supporting the Libyan National Reconciliation Project, and providing further economic support. In addition to this, Mr. Daief stressed the importance of tapping into Libya’s various fields, as the nation has significant potential - especially in regards to foreign investment and trade. Moreover, Mr. Daief noted the need for further U.S. support in rebuilding Libya’s infrastructure, as it is key to Libya’s future growth and success. Finally, Mr. Daief provided updates on Libya’s fight against COVID-19, pointing to the vital role that the COVAX initiative is playing in preventing the spread of the virus worldwide.

In turn, Ms. Taylor expressed the United States’ continued eagerness to help Libya achieve their goal of holding elections on 24 December. Furthermore, she noted that the United States is always looking for different ways to support Libya and invest in the future of its citizens. In addition to this, Ms. Taylor praised the convening of the recent meetings between U.S. AFRICOM Commander General Townsend, President Menfi and Prime Minister Dabaiba, stressing the importance of bilateral support in addressing the nation’s security. Ms. Taylor also praised the Libyan government’s “Libya Stabilization Initiative,” with a subsequent Libyan Stabilization Conference to be held on 21 October and hosted by Minister of Foreign Affairs Najla Mangoush.

In conclusion, both Mr. Daief and Ms. Taylor expressed their shared desire to see increased high-level visits between Libya and the United States, agreeing to continue to foster strong relations between the two nations.