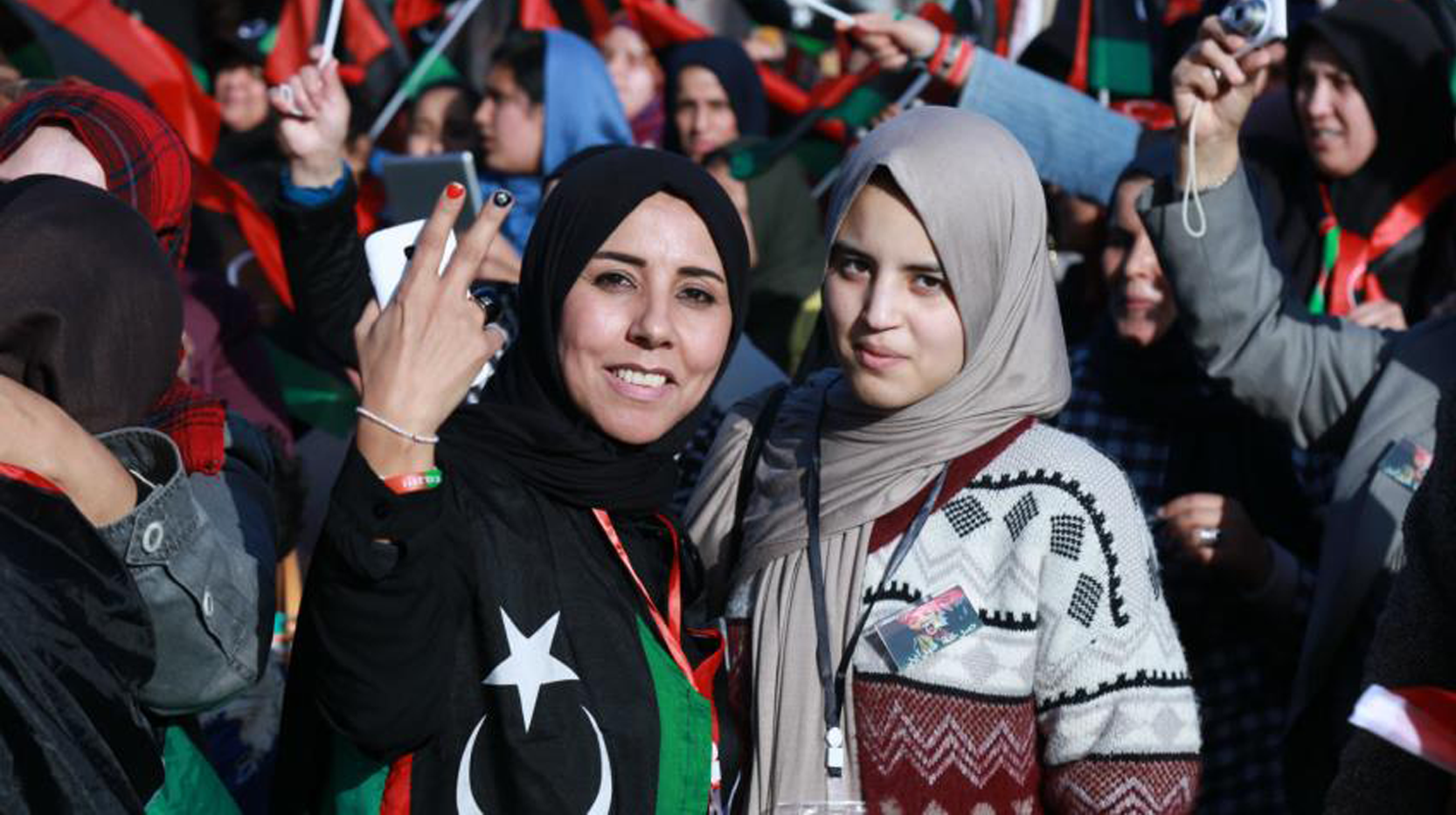 On March 8th, communities around the world are celebrating International Women’s Day; a UN-recognized day of observance of the importance of women in society, highlighting the efforts towards progress and the changes that are needed for gender equality in all realms.

For 2021, the United Nations has themed International Women’s Day as “Women in Leadership: Achieving an Equal Future in a COVID-19 World,” which celebrates the tremendous efforts by women and girls around the world in shaping a more equal future and recovery from the COVID-19 pandemic.

Women, constituting half of the population, have made contributions to every aspect of life, and are continuing to make history. As the world celebrates International Women’s Day, we at the Embassy of the State of Libya in Washington, DC feel the call to celebrate women’s achievements globally, shining a spotlight on our very own women of Libya.

As a country coming out of conflict, and severely impacted by the COVID-19 pandemic, Libya has a multitude of challenges set before it. Women are usually the most impacted during conflicts and pandemics, losing their jobs and taking up domestic roles to help their families. In turn, Libya is a mostly conservative country, and while having a female majority in college graduates, is still finding it difficult to see women break glass ceilings. In line with this year’s theme, we, as Libyans, must recognize the contributions that women have made, especially women who impact decision-making processes that impact the entire country. By recognizing the importance of women decision-makers and those in leadership positions where glass ceilings are hard to break, we can then truly appreciate the progress and achievements Libyan women have made, and seek to foster further female inclusion in every realm.

Within the past several decades, the role and status of women in society has rightfully broken into popular discussion. Since Libya’s independence in 1951, Libyan women have surpassed their regional counterparts, becoming some of the first in the region to gain the right to vote and participate in political life.

In terms of education and employment, Libyan women enjoy widespread access to universities and have the ability to choose a diverse career path, constituting the majority of college graduates.

While there are countless notable women in Libyan society, we would like to highlight three such women who have made a difference in the realm of peacebuilding, women’s political activism, and gender equality:

Asma Khalifa - co-founder of the Tamazight Women’s Movement and a women’s rights activist, she received the Luxembourg Peace Prize in 2016 as the year’s Outstanding Youth Peacemaker. In 2017, Asma was named as one of the “100 most influential young Africans” by the Africa Youth Awards, working in women’s rights issues since 2011 when she became involved in youth work. While she has worked on peacemaking in Libya, Syria, and Yemen, her work in Libya has included improving women’s participation in local government and fighting against gender-based violence.

Hala Bughaighis - co-founder of the Jusoor Center for Studies and Development, the first Libyan think tank that focuses on economic development with a special focus on women issues. As a Libyan lawyer and activist, Hala is a frequent speaker in local and international conferences related to economic development, gender, and youth empowerment. Additionally, she has worked as a mentor and champion for UN Women’s “Empower Women Global Program.”

Hajer Sharief - a Libyan human rights activist and graduate of Tripoli Law School, she was nominated for the Nobel Peace Prize in 2019 due to her activism in peacebuilding. Hajer is the founder of Together We Build It, a non-profit organization that advocates for women’s political participation and economic empowerment, raising awareness of gender discrimination, improving human rights, and capacity building for women and youth in Libya. Notably, she is a member of a UN advisory committee that monitors youth’s positive contribution to peace processes and conflict resolution.

Despite all of these societal achievements made by Libyan women in modern history, women still struggle to make it to the top rungs of the leadership ladder. The revolution of 2011 created a notable turning point for women in Libya, with women taking an active role in supporting the efforts toward freedom and democracy. However, while women’s active participation is monumental to the direction of the country, there is still work to be done to bring Libyan women to an equal footing with their male counterparts. To that end, supporting younger generations of women is crucial to Libya’s societal trajectory, ensuring that the other half of the population is fully represented and harnessed for the benefit of the nation.

We at the Embassy of the State of Libya in Washington, DC wish all women around the globe a happy International Women’s Day. We hope that by bringing further awareness to the “Women in Leadership” cause that we can be part of the solution towards inclusivity.