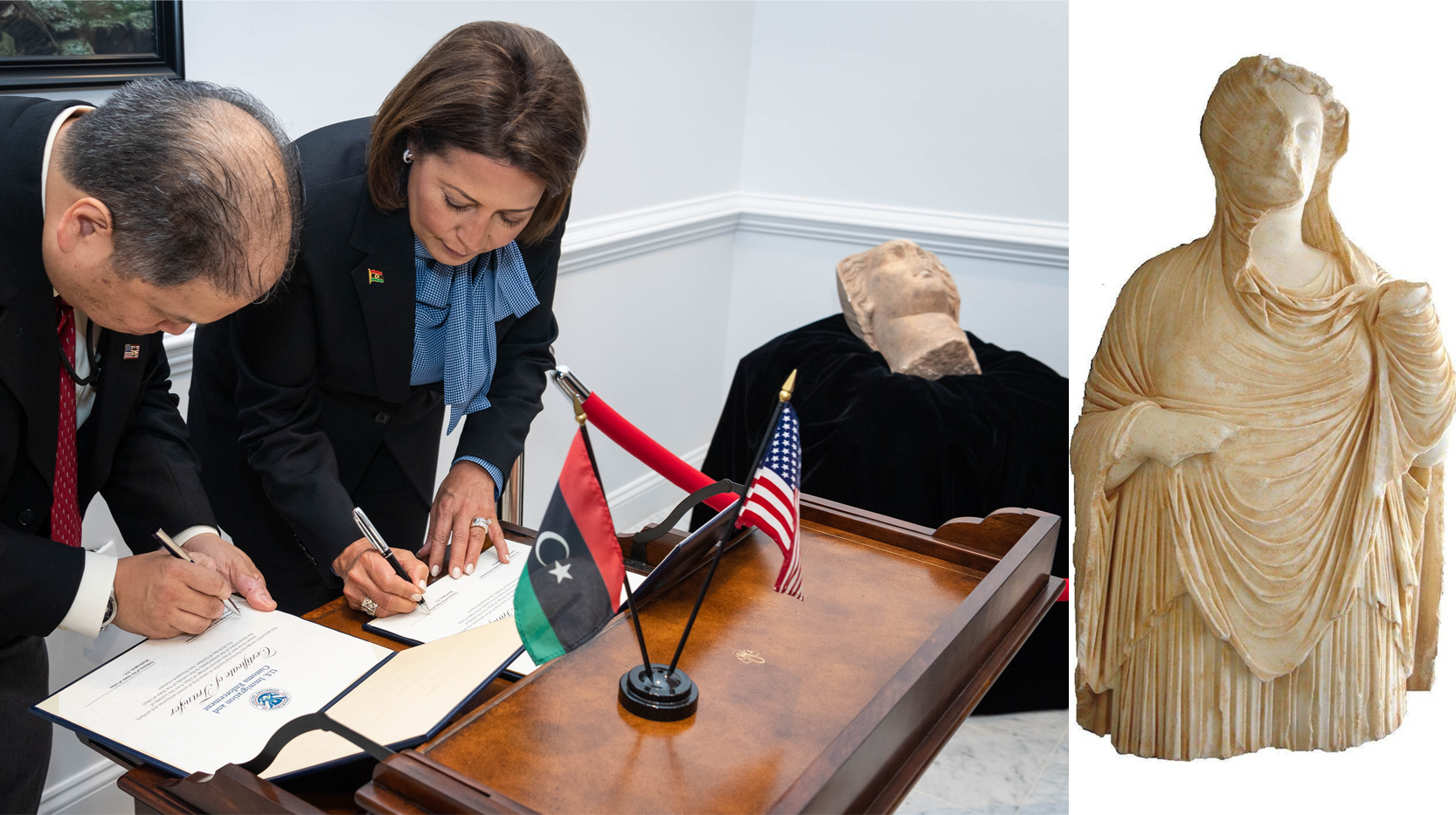 Since December 2019, the Department of Homeland Security’s Antiquities Trafficking Unit has been conducting an investigation into another Libyan artifact from Cyrene, given the name “The Veiled Woman.” In a call with a DHS special agent on 1 April 2021, Ambassador Bughaighis was updated on the status of the ongoing investigation and of the eventual repatriation of the statue to Libya. The agent expressed that there is a possibility that the statue will be repatriated soon, despite the lengthy investigation.

On 23 February 2018, the State of Libya and the U.S. government signed the US-Libyan Cultural Property Agreement at the U.S. Department of State. The Memorandum of Understanding pertained to the protection of Libyan archaeological artifacts and ethnological material, which also included an official Plan of Action for capacity building for Libyan antiquity authorities.

This Plan of Action was designed to enable Libyan antiquity authorities to better protect Libyan cultural objects, such as creating inventories of archaeological and ethnological objects across the country, and supporting professional training for Libyan museum personnel and law enforcement. Additionally, the Plan of Action focuses on efforts to increase public education efforts, particularly with youth, concerning the protection and preservation of Libya’s heritage sites and objects.

On 3 October 2019, the Embassy of the State of Libya in Washington, DC hosted a repatriation ceremony to celebrate the return of a looted sculpture that was illegally shipped to the United States. U.S. authorities seized a marble head of a veiled woman, dating back to the sixth century BC. The sculpture’s origin has been traced to Cyrene, located in eastern Libya in present-day Shahat. The ceremony itself was attended by several U.S. government officials from the State Department and Department of Homeland Security.