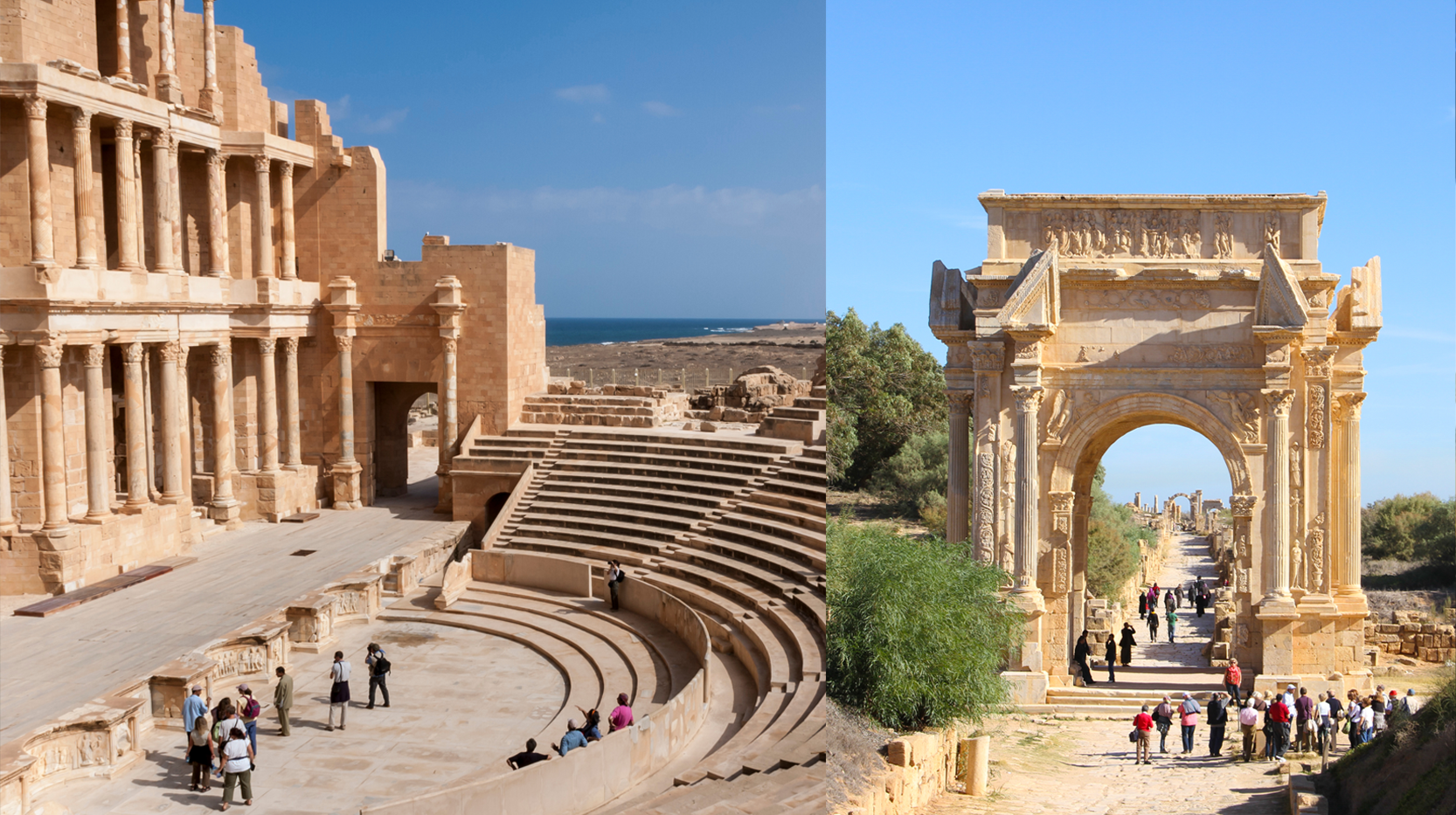 Leptis Magna is one of Libya's crown jewels in terms of its ancient ruins and heritage sites. Located in the northwestern part of the country, it was once the largest city of the ancient region of Tripolitania. Leptis Magna was designated as a UNESCO World Heritage site in 1982, bringing thousands of tourists flocking to visit its towering columns, immaculate archways, and cobbled promenades every year prior to the uprising in 2011.

Originally founded in the 7th century BCE by the Phoenecians, it was later taken over by Carthaginians in the latter part of the 6th century BCE. With the natural harbor of Wadi Labdah, the city grew to become a major Mediterranean and trans-Saharan center of trade.

Leptis Magna later became a Roman colonia - a community with full rights and citizenship - with Leptis-born Emperor Septimius Severus (193-211 CE) conferring upon the city legal freedom from property and land taxes. Over the following centuries, Leptis Magna began to witness its decline due to increasing insecurities at the Roman Empire’s frontiers - ultimately leading to an incursion in 363 CE and further economic difficulties for the empire.

In 642 CE, the Arab conquest that swept across the Middle East and North Africa brought the final conclusion of Leptis Magna’s decline.

Today, Leptis Magna can attribute its preservation to being buried by sand until the early 20th century, where early Punic structures can be seen near the excavated amphitheater and forum - the heart of the Roman city during its height. Other well-preserved buildings include Roman baths, erected by Emperor Hadrian (117-138 CE), along with a circus (racecourse) - a popular venue for entertainment during the empire. These, among many other structures, paintings, and sculptures, are just some many examples of the grandeur of Leptis Magna.

With the security situation ameliorating in Libya, this has allowed tourists to begin their return to the country’s various attractions, positively contributing to the local economy which has been impacted by years of conflict.

For a virtual tour of the site’s grounds, click here.

A PHP Error was encountered

A PHP Error was encountered