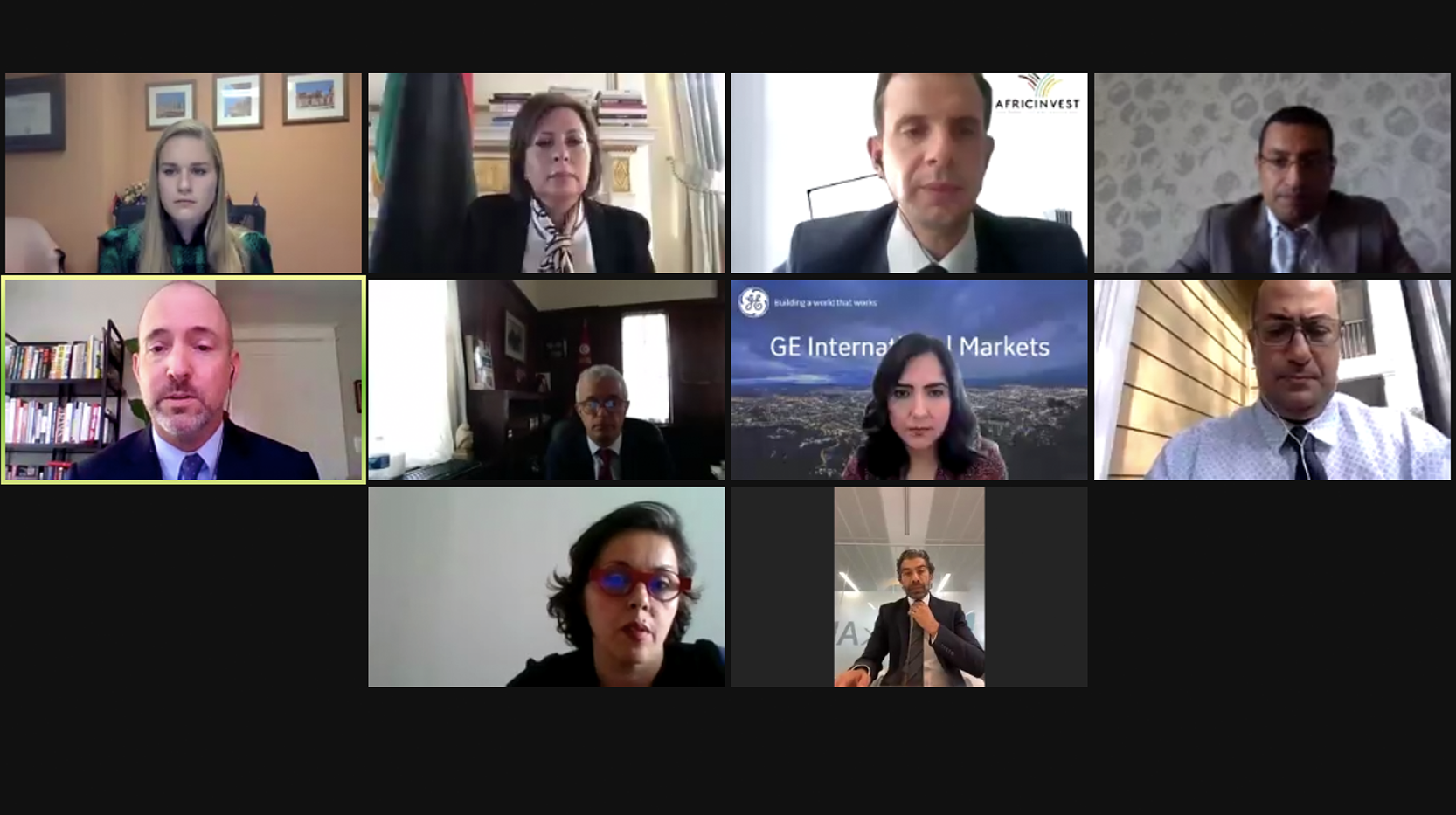 As part of World Trade Month, on 20 May 2021 Ambassador Bughaighis spoke at “Unlocking the Benefits of Trilateral Trade: Tunisia, Libya and the United States,” a virtual event hosted by the U.S.-Libya Business Association (USLBA) and the American Chamber of Commerce in Tunisia.

In her opening remarks, Ambassador Bughaighis gave an overview of Libya’s various industries and potential for investment, noting the impacts of Libya’s positive political developments in creating economic optimism for the country. In turn, Tunisian Ambassador to the United States Nejmeddine Lakhal expressed his solidarity with the Libyan people and the Libyan-led political process, stating that trilateral trade between Tunisia, Libya, and the United States would be a fruitful situation for everyone involved.

Designed to highlight business opportunities for U.S. companies to invest in Tunisia and Libya, event panelists from General Electric, Bank ABC, Mazars, AfricInvest, and Crowe Global discussed previous challenges and current success stories from their operations in the two countries. Additionally, panelists noted key sectors for development in Libya, such as infrastructure, healthcare, education, and energy.

As efforts are underway in Libya to improve the nation’s economic climate after years of internal conflict, the Embassy looks forward to further engaging with partners in the mission to foster U.S.-Libyan business interests toward economic development and growth.