Embassy Receives Kamal El-Gargni and Presents Him Award of Recognition 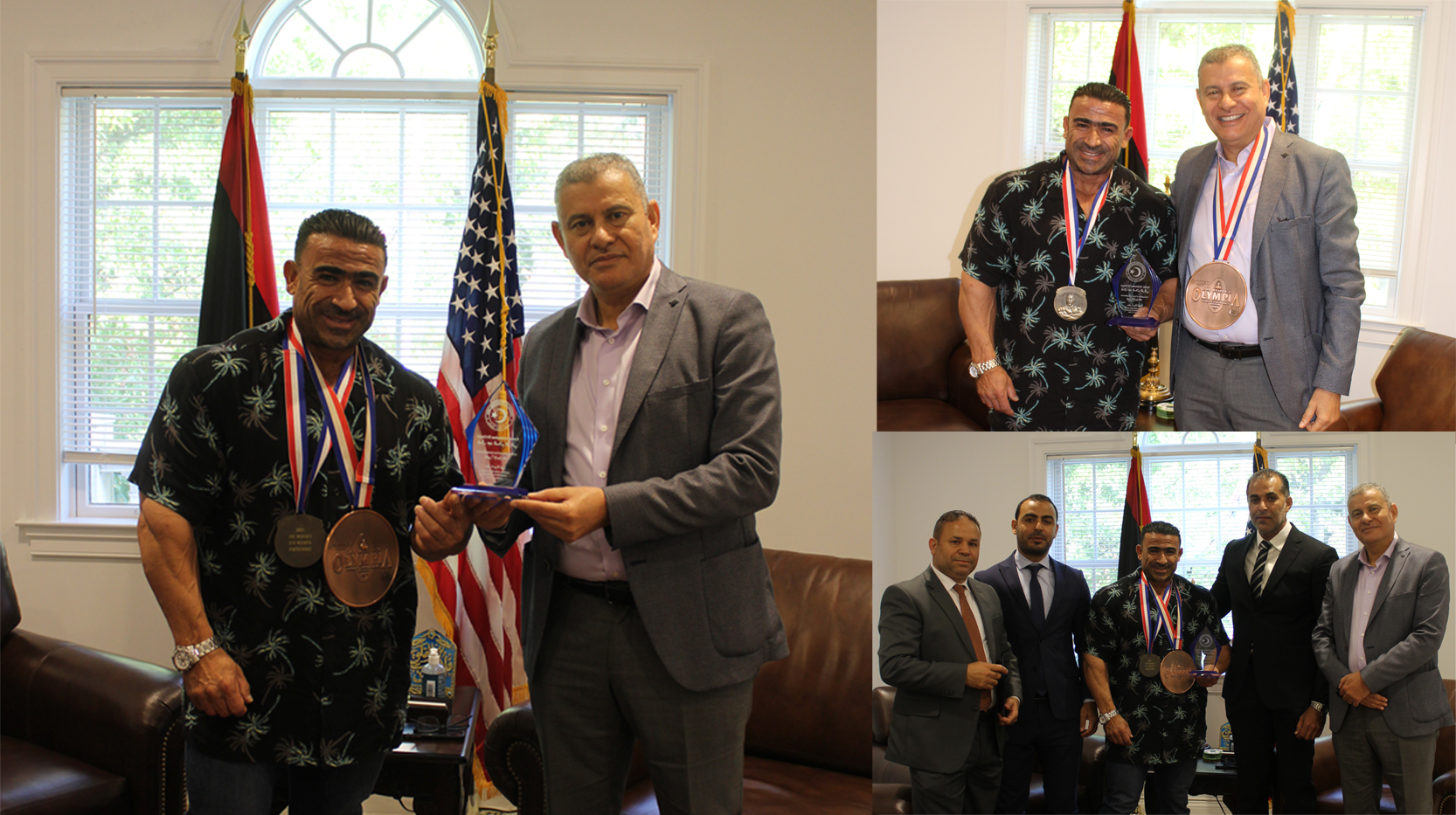 On 15 October 2021, the Embassy had the pleasure of hosting Mr. Kamal El-Gargni, professional bodybuilder and 212 Olympia champion, presenting him an award of recognition for his lifelong commitment and prestigious achievements in the field of bodybuilding. In this meeting, Chargé d’Affaires Daief, and other members of the Embassy’s diplomatic staff, had the opportunity to congratulate Mr. El-Gargni on his achievements in representing Libyans in sport.

Being a native Libyan, Mr. El-Gargni has competed in many global events and at the Olympia level where he earned bronze, silver, and gold medals. Members of the Embassy diplomatic staff showed their support by attending a previous event in which Mr. El-Gargni competed.

In turn, Mr. El-Gargni expressed his gratitude for this recognition from the Embassy and the hospitality of its staff. The Embassy of the State of Libya hopes that all Libyans will be inspired to compete at the highest levels of their respective fields.