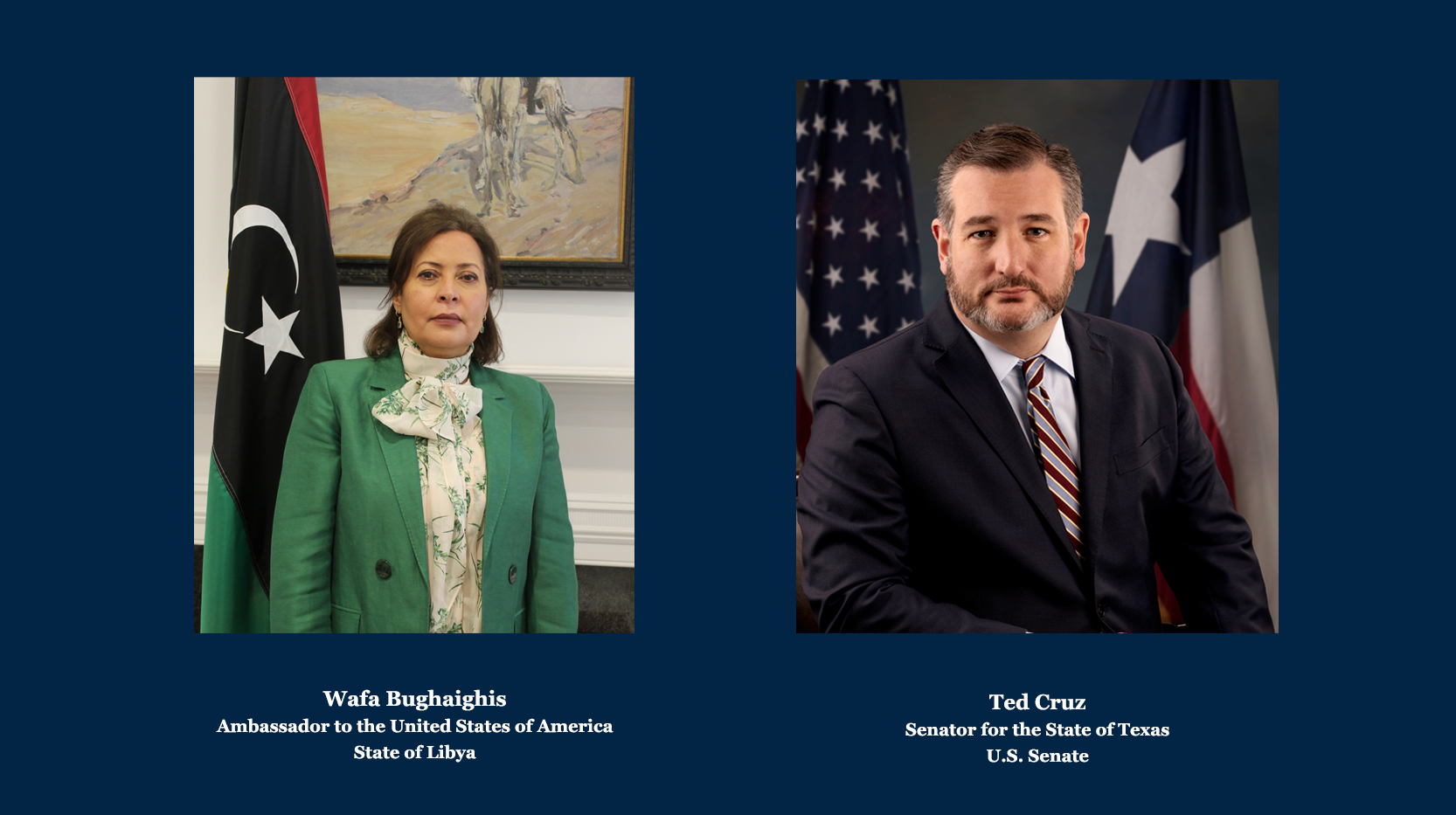 On 16 March 2021, Ambassador Bughaighis held a virtual meeting with Senator Ted Cruz of Texas, member of the Subcommittee on Near East, South Asia, Central Asia and Counterterrorism of the Senate Committee on Foreign Relations. In their meeting, Ambassador Bughaighis gave updates on the various stabilization tracks in Libya, highlighting the recent, historic formation of the Government of Libyan National Unity (GNU), which will pave the way for national elections on 24 December 2021, Libya’s 70th Independence Day.

In turn, Senator Cruz congratulated Ambassador Bughaighis on the Libyan people’s unification under the GNU, also valuing the historic relations between Libya and the State of Texas. Texas offers tremendous opportunities and means by which to bolster the Libyan economy. In this regard, Ambassador Bughaighis highlighted the need for further economic cooperation between the United States and Libya, with the hope of creating Libyan jobs and rightsetting the economy toward prosperity.

Additionally, the ambassador noted the significance of U.S. partnership in counterterrorism operations, emphasizing that securing the nation’s borders is a major priority for Libya. Finally, Ambassador Bughaighis emphasized the need for continuous U.S. engagement, as this is crucial in Libya’s drive toward self determination and a unified, civil democratic state.

In conclusion of the meeting, Senator Cruz stated that he would continue to monitor the situation in Libya, thanking Ambassador Bughaighis for her important updates, and offered his office’s support to Libya’s endeavors.