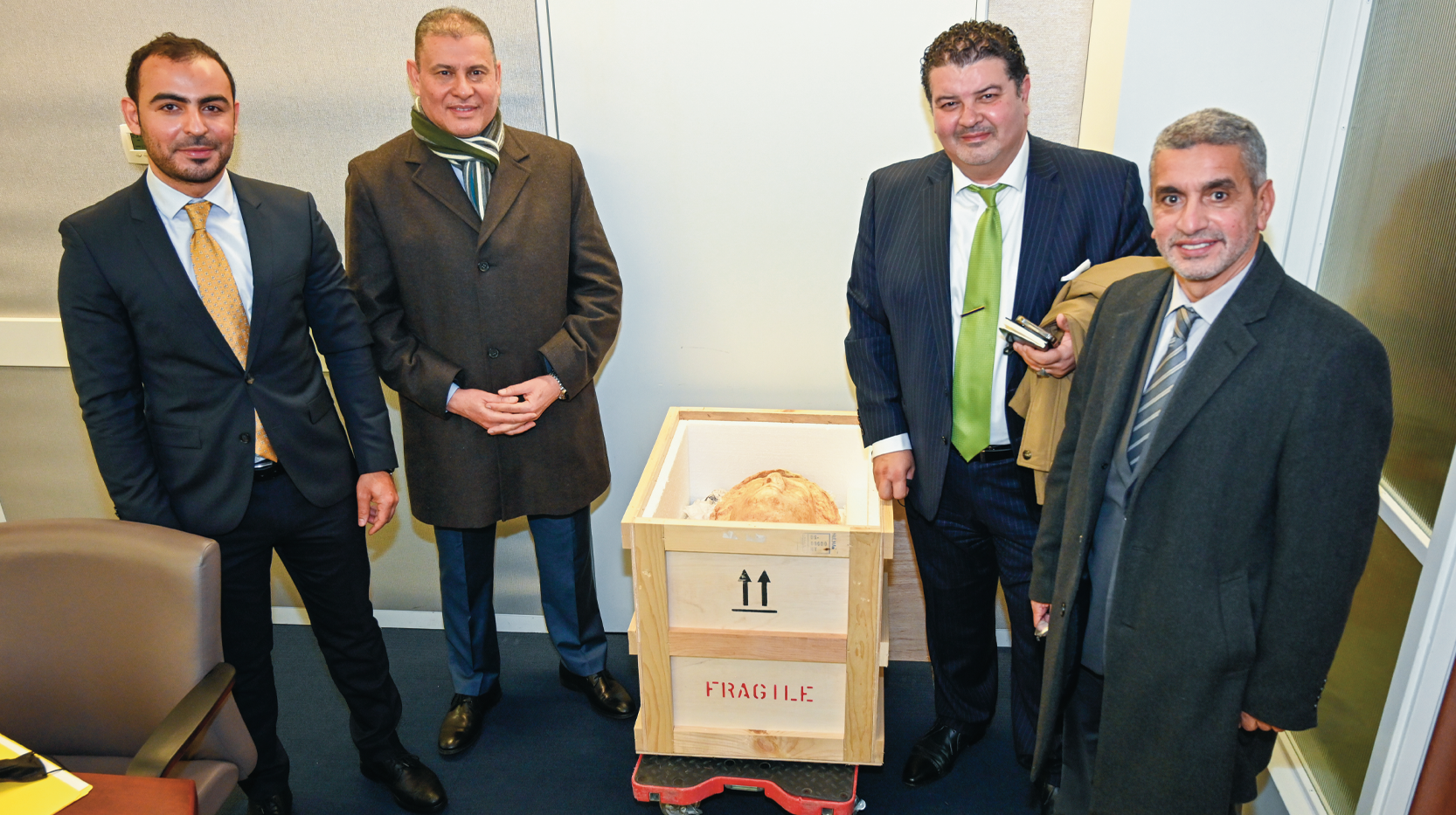 On Wednesday, January 12, 2022, Charge d’Affaires Khaled Daief and other Embassy staff attended a ceremony at the Manhattan District Attorney’s Office to repatriate an ancient Libyan artifact that had been stolen from Libya in November 2000. The marble antiquity, “Veiled Head of a Woman,” dates to 350 B.C.E and originates from a tomb in the ancient city of Cyrene (modern day Shahat, Libya).

The “Veiled Head of a Woman” is being repatriated after the conclusion of a multi-year, multi-national criminal investigation into one of the world’s largest art collectors in December 2021. The investigation uncovered 180 pieces of stolen antiquities valued at $70 million, with the “Veiled Head of a Woman” being the first piece from that collection to be repatriated to its country of origin.

The “Veiled Head of a Woman” will be returned to its homeland in Shahat, Libya where it will be proudly displayed in the Shahat Museum for all to appreciate. The Embassy of the State of Libya would like to express its profound thanks and appreciation to all those involved in the investigation and in securing the antiquity’s safe return. 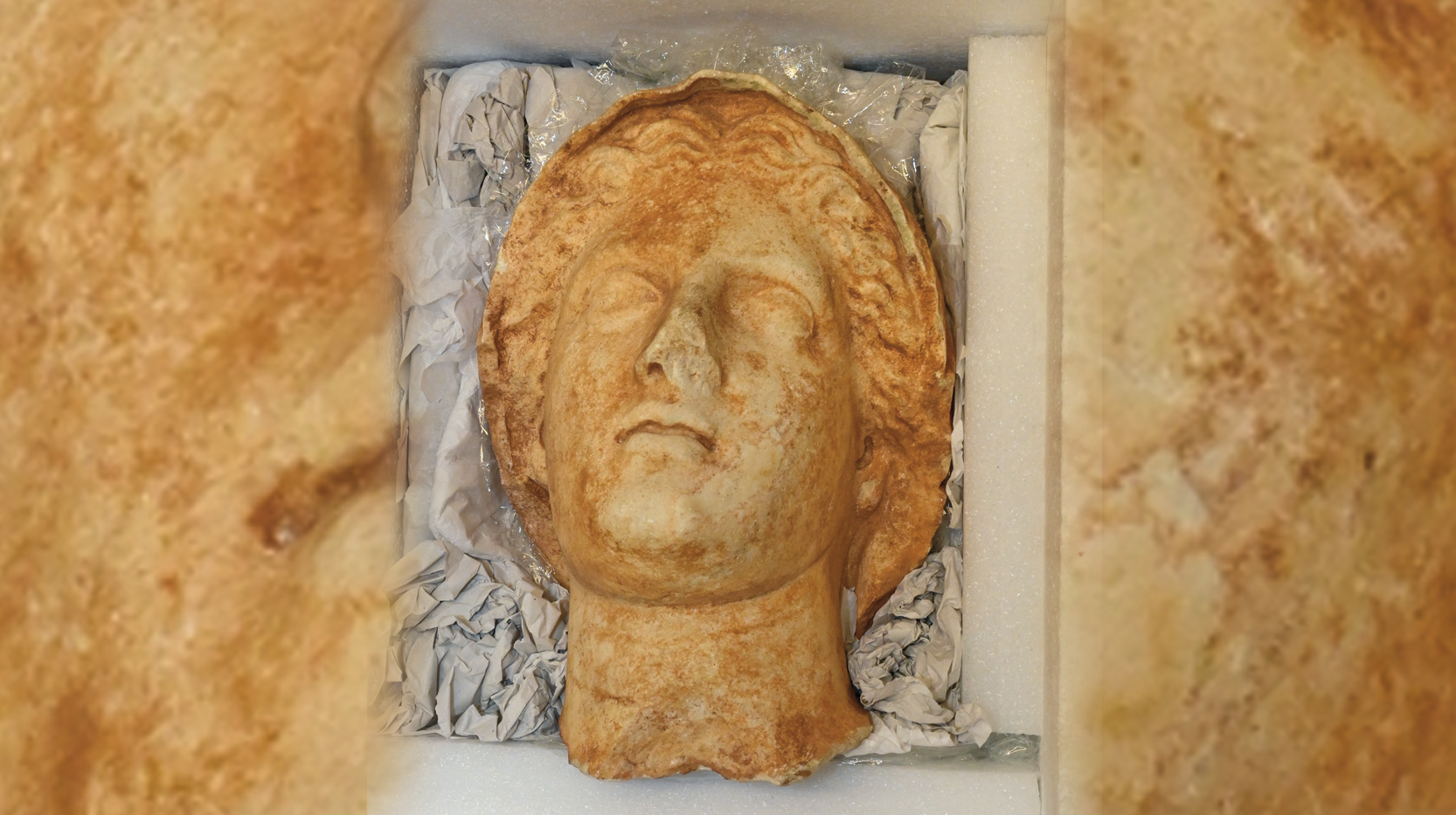 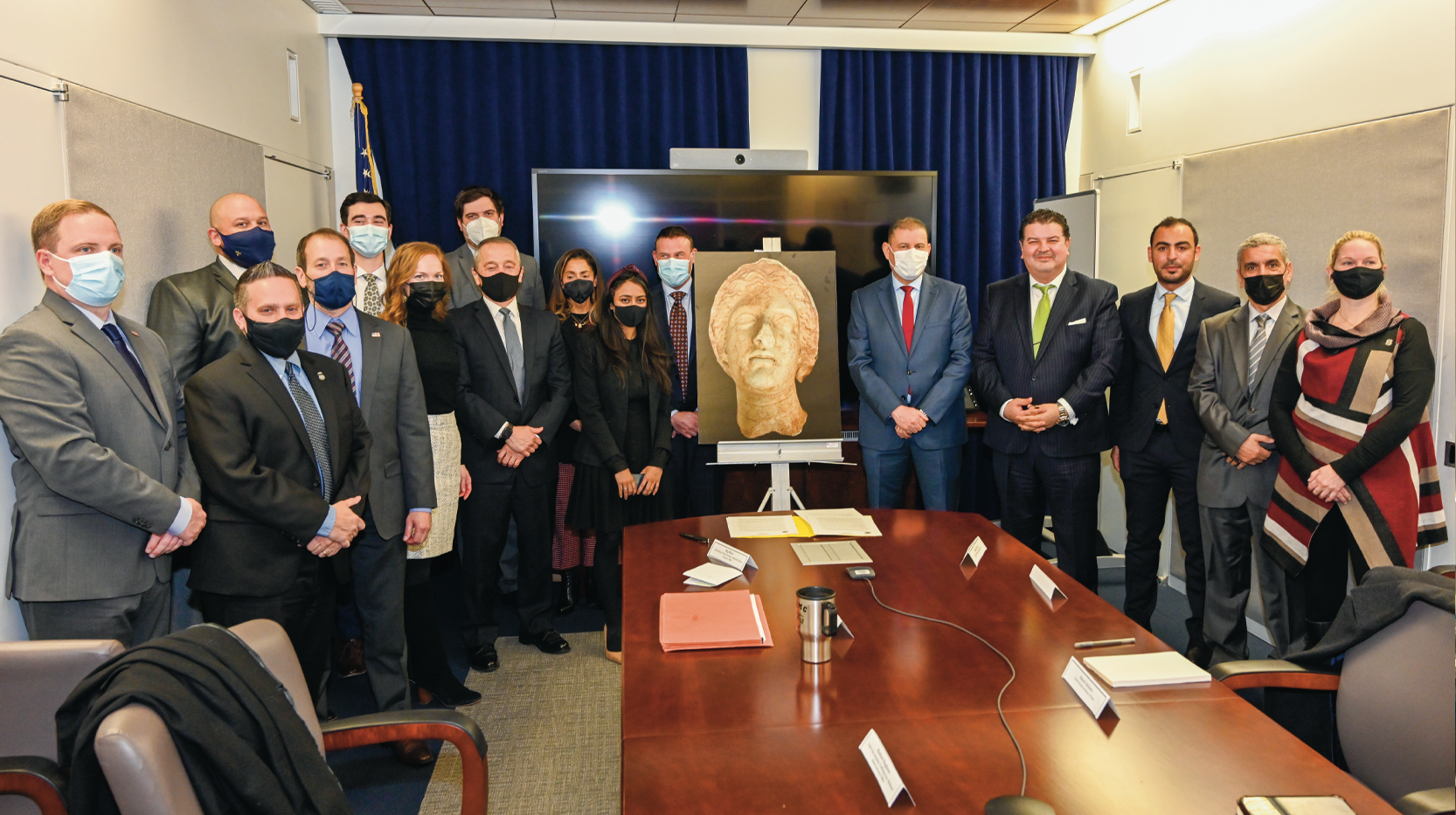 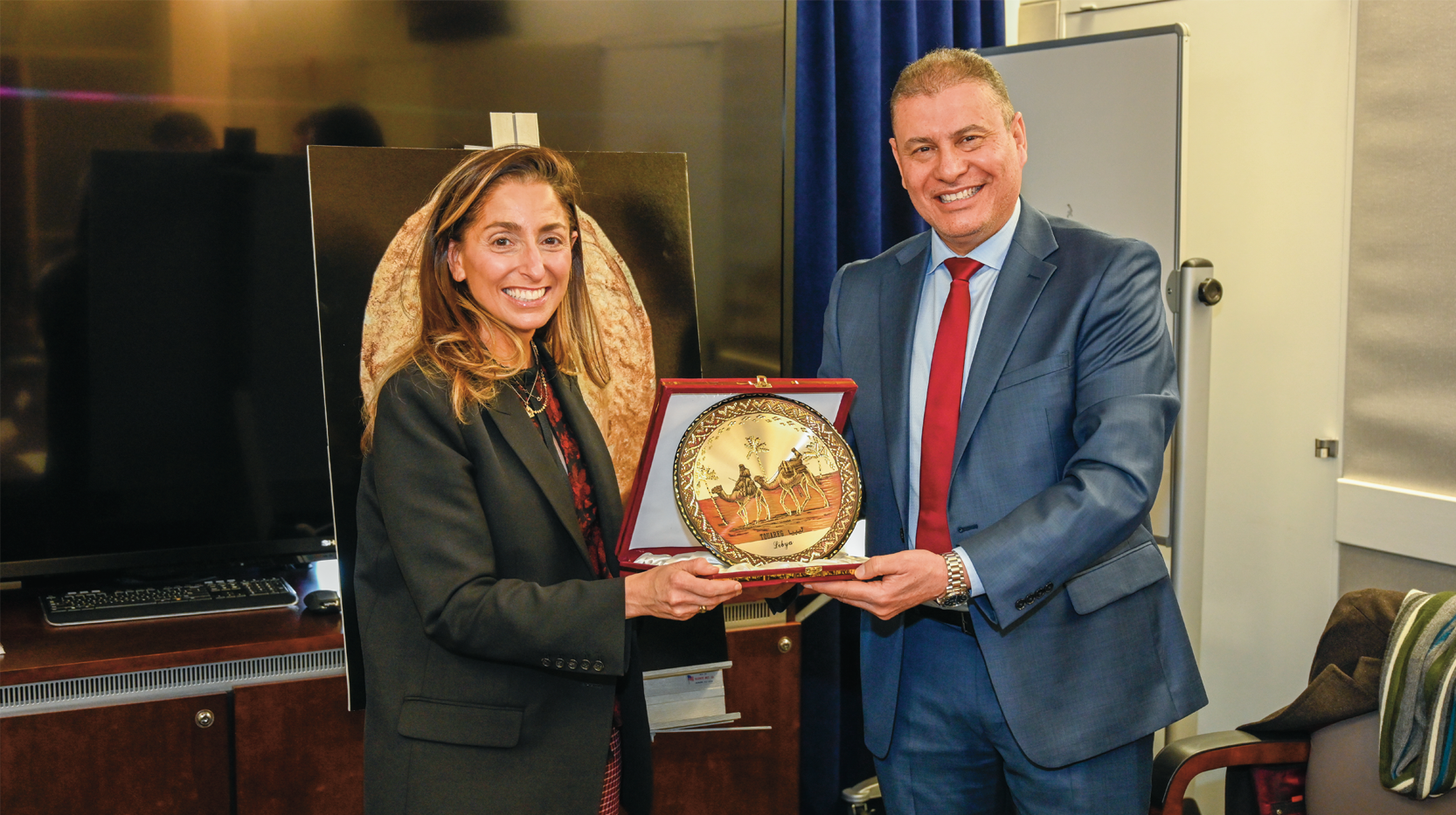