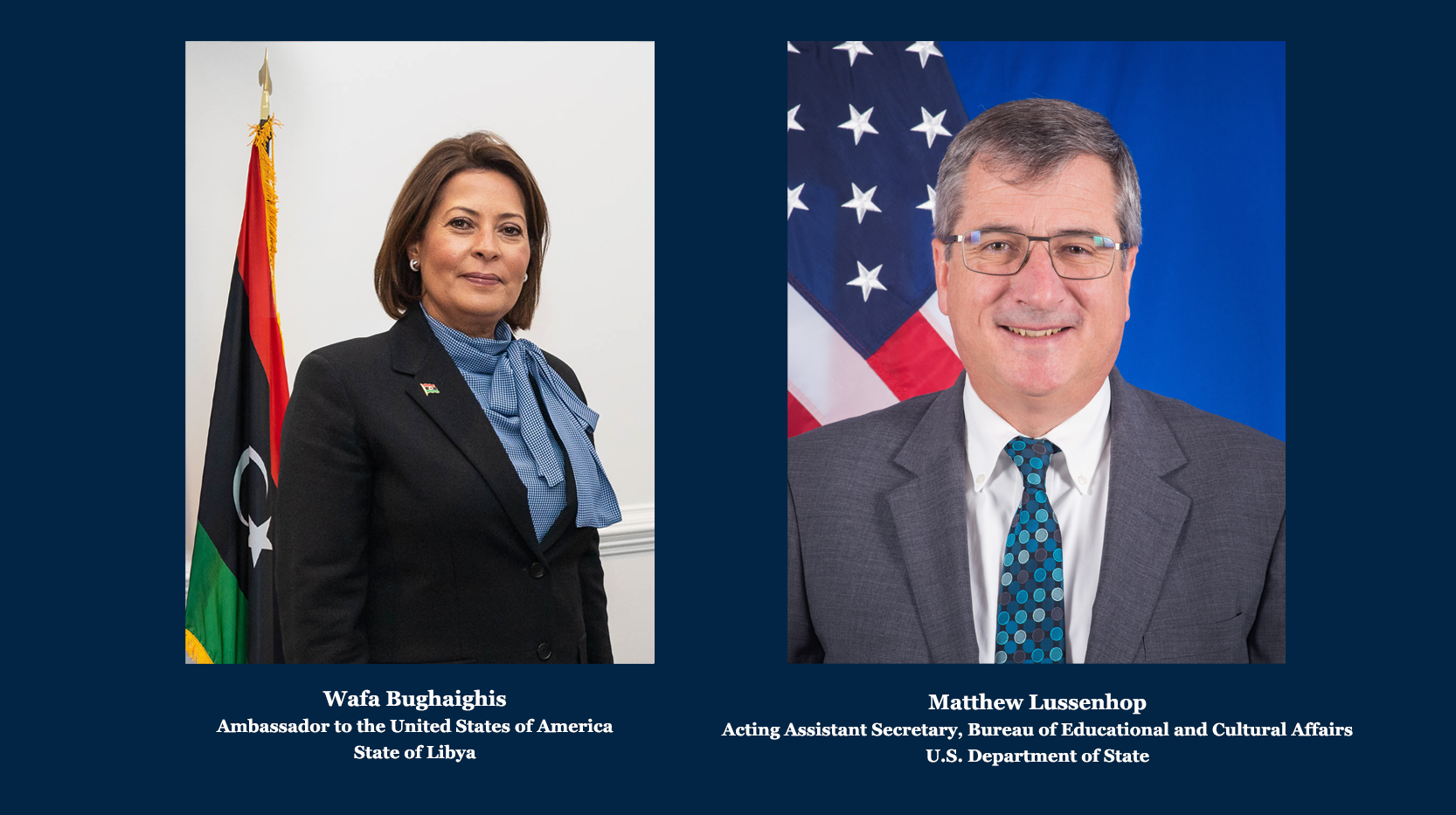 On 9 April 2021, Ambassador Bughaighis met virtually with Acting Assistant Secretary Matthew Lussenhop of the Bureau of Educational and Cultural Affairs in the U.S. Department of State. In their meeting, both Ambassador Bughaighis and AAS Lussenhop discussed the Memorandum of Understanding regarding import restrictions on archaeological and ethnological material to Libya.

On 23 February 2018, the State of Libya and the U.S. government signed the US-Libyan Cultural Property Agreement at the U.S. Department of State. The Memorandum of Understanding pertained to the protection of Libyan archaeological artifacts and ethnological material, which also included an official Plan of Action for capacity building for Libyan antiquity authorities. The resulting Plan of Action was designed to enable Libyan antiquity authorities to better protect Libyan cultural objects, such as creating inventories of archaeological and ethnological objects across the country, and supporting professional training for Libyan museum personnel and law enforcement. Furthermore, the Plan of Action focuses on efforts to increase public education efforts, particularly with youth, concerning the protection and preservation of Libya’s heritage sites and objects. Due to the conflict in Libya and the ongoing pandemic, implementation of the Plan of Action has subsequently been delayed.

Additionally in their discussion, both agreed to continue the conversation to explore ways of implementing the recently-renewed agreement on science and technology. Renewed on 15 November 2018 by Ambassador Bughaighis and then-Principal Deputy Assistant Secretary Judith Garber, the U.S. Libya Science and Technology Cooperation Agreement is key to further strengthening bilateral cooperation in Science, Technology, Engineering, and Math (or STEM) fields. Partnership between the United States and Libya will spur further innovation and increase prosperity for all Libyans.