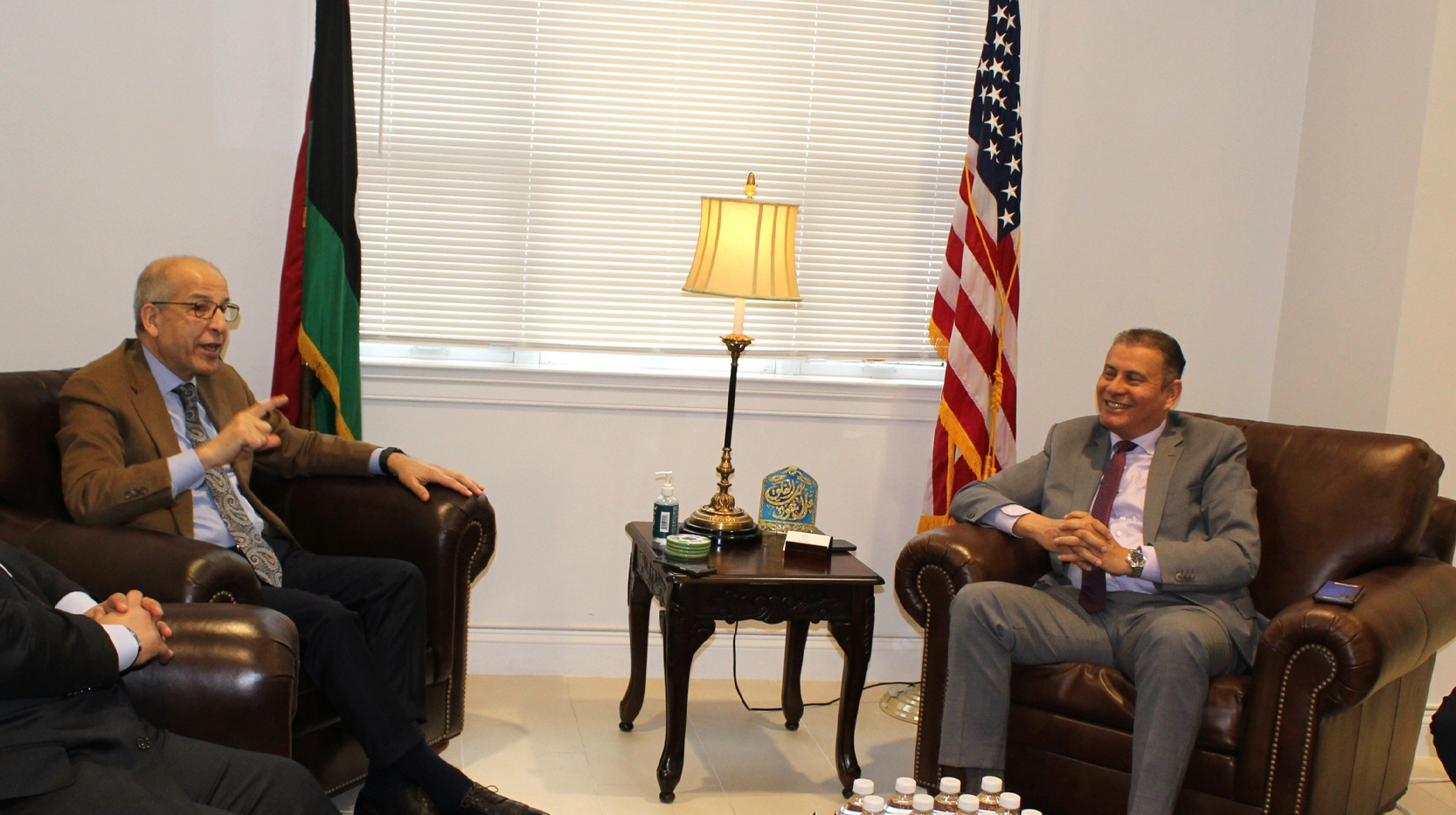 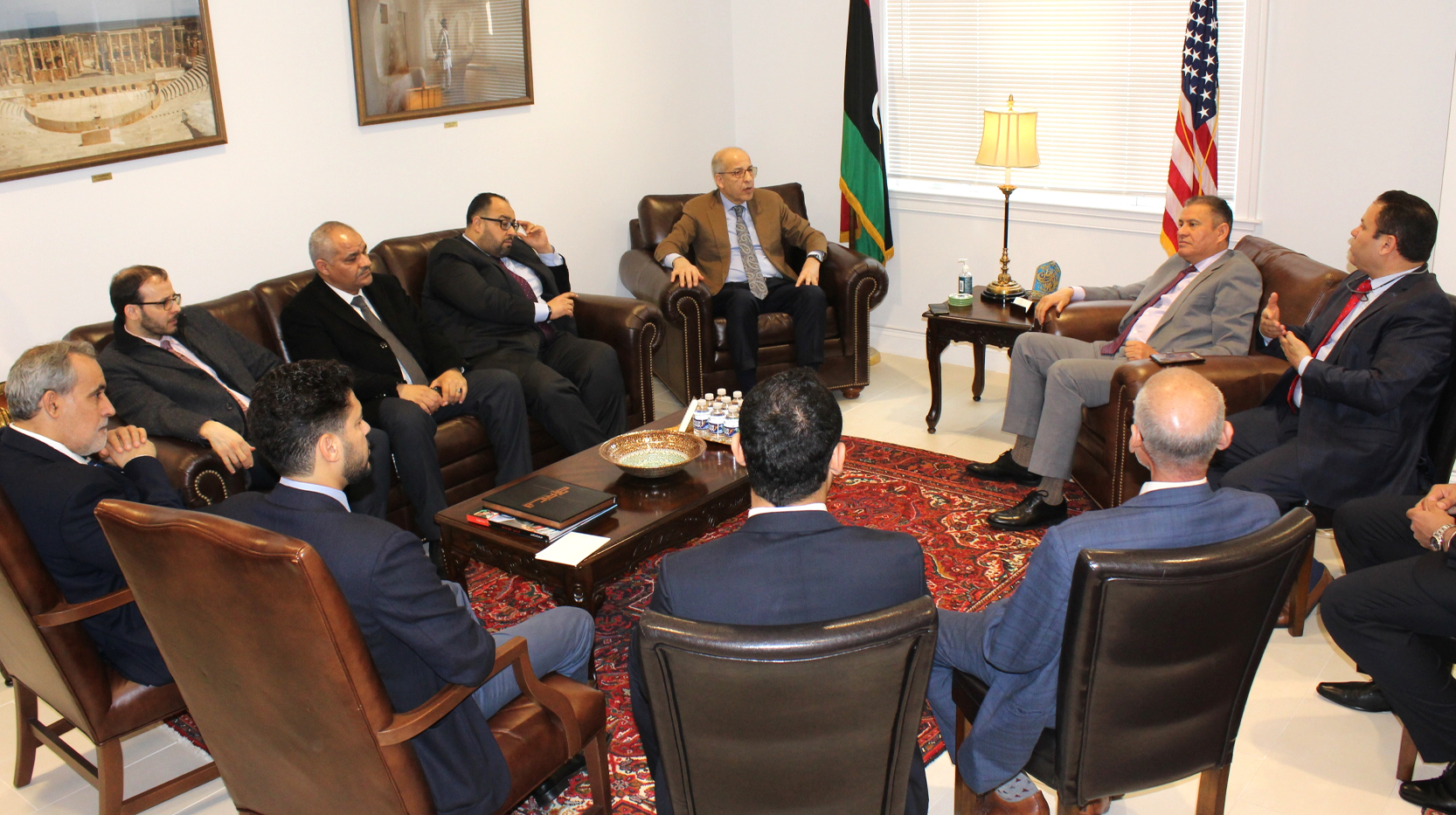 On March 9th, 2022, Charge d’Affaires Khaled Al-Daief and other Embassy staff hosted the Governor of the Central Bank of Libya, Saddek Elkaber and his delegation who are on an official visit to the United States and have engaged with several agencies in Washington, D.C.

Mr. Daief has updated the delegation on the work that the Embassy does in the United States and their work to strengthen the relationship between the governments of the U.S. and Libya. Moreover, Mr. Daief has expressed his appreciation for the role that the Central Bank of Libya has played in safeguarding Libyan wealth. 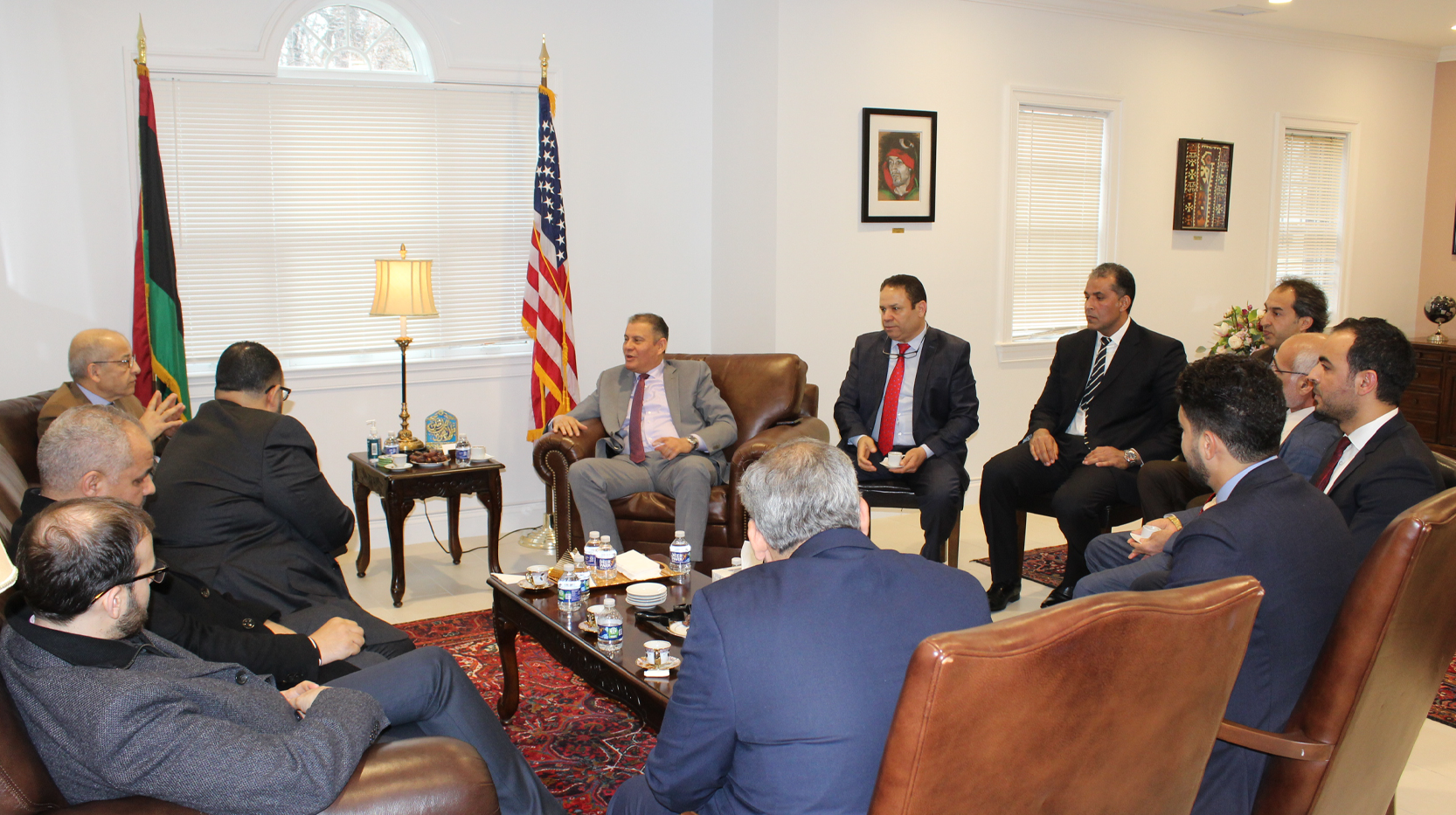