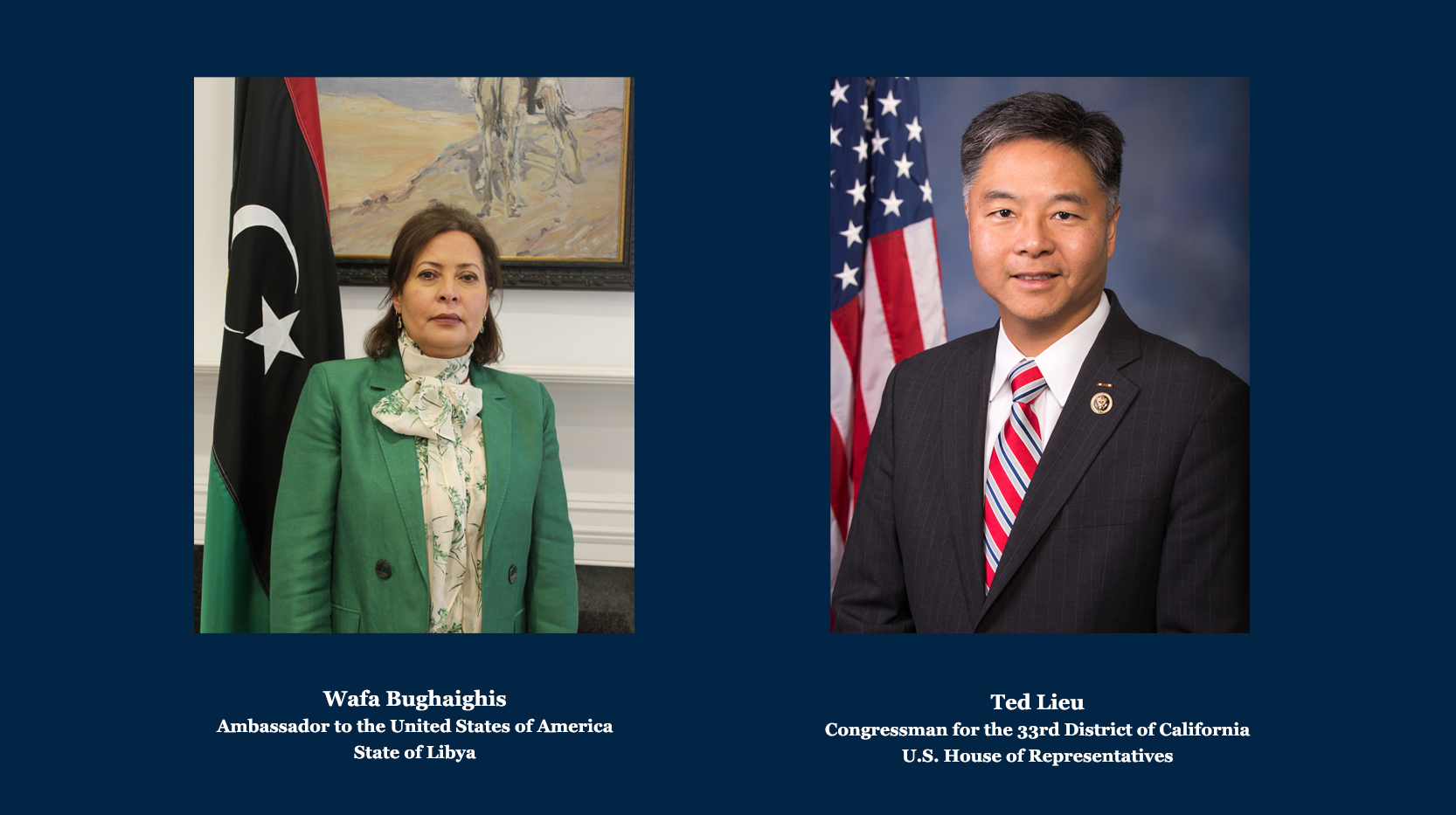 As part of her continuous engagement with members of Congress, on 16 March 2021 Ambassador Bughaighis held a call with Congressman Ted Lieu, a cosponsor of the Libyan Stabilization Act and a member of the House Subcommittee on Middle East, North Africa and Global Counterterrorism. In their call, Ambassador Bughaighis updated Congressman Lieu on Libya’s various tracks, highlighting the confirmation of the Government of Libyan National Unity, which will bring the country to national elections in December of this year.

In turn, the congressman congratulated the ambassador and the Libyan people on the new government, stating his hope that this unification will bring about Libyan national elections. To conclude, Ambassador Bughaighis stressed the importance of continuous U.S. engagement in support of Libya’s drive toward self determination and the establishment of a civil, democractic state.